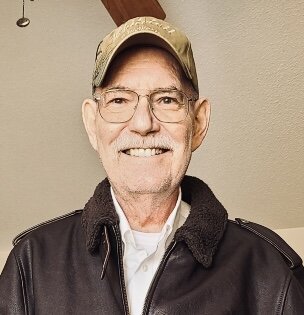 Larry Michael Tash, age 73, passed away peacefully on Saturday, January 14, 2023 surrounded by family after a brief battle with cancer.

He is survived by his sister and brother-in-law Laurie (Tash) and Michael Canada of IN; his daughter and son-in-law Lisa Marie (Tash) and Jacob Norris; his son Jared Michael Tash, and daughter Lorin Malorie Tash of Marina, CA.

Larry was born to Alva and Beverly Tash in Oklahoma City, OK on October 23rd, 1949. With his father in the Army, he lived in many places growing up, however, it was on the Monterey Peninsula where they would choose to settle, and Larry would go on to graduate from Seaside High School in 1967.

Upon graduating, Larry enlisted in the US Marine Corps and received a medal for his contribution during the war in Vietnam as a helicopter gunman. Once home, Larry married the love of his life, Deborah (Moon) Tash on April 27, 1974. He later began his career as a Firefighter at the Monterey Peninsula Airport where he would serve more than 30 years.

Larry was an avid reader, gun collector, hunter, and enjoyed traveling to visit his family. On his travels Larry would often share new knowledge of family history which he devoted much of his time to researching.

Larry enjoyed spending time with his grandson, Logan Tash, and his children, Lincoln and Barrett Tash, all of MO and shared his home with Peyton and Austin Tash. Like all best Papas, he was adored for always returning with lollipops and goodies from any outing.

Larry is preceded in death by his parents Alva and Beverly, his devoted wife Deborah (Moon) Tash, and his granddaughter Krystalynn MacKenzie Norris.

Larry was an outstanding father, grandfather, great-grandfather, brother, uncle, and friend who will be whole-heartedly missed by all who were fortunate enough to know him.

A funeral service honoring Larry's life will be held at Mission Memorial Park on January 25th, 2023 at 11:00 am. A closed casket visitation will be available prior to the service beginning at 9:00 am.

To send flowers to the family or plant a tree in memory of Larry Tash, please visit Tribute Store
Wednesday
25
January

Share Your Memory of
Larry
Upload Your Memory View All Memories
Be the first to upload a memory!
Share A Memory
Send Flowers
Plant a Tree