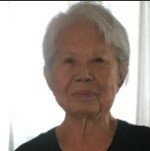 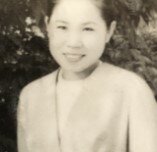 Mrs. Song Bargas, beloved only daughter of Hwang Duk Son and No Mi Duk of Seoul Korea, passed away peacefully in her home on September 14th in Marina, California. She was born on March 3rd, 1937 in Wonson, North Korea. After her family survived both an escape to South Korea and the Japanese occupation, they owned and operated their own successful business. She then met and married an American soldier who became her great love and husband of 60years. Her husband, Rudolph Bargas, preceded her in death on June 20th, 2018. Song is now reunited in heaven with her loving husband, son Anthony, and her parents. Song lived on and off the Monterey Peninsula for most of her adult life, making Marina her permanent home in 1988. She leaves behind her family whom she loved dearly, her daughters Lilly Bargas and Bonnie Stephens (son-in-law Robert Atkins), grandchildren Drew Stephens, Arielle Morgan, Justin Morgan (daughter-in-law Hilary) and great-grandson Leo Morgan. Song loved cooking and gardening, and enjoyed her monthly meetings with her friends. She was fierce, loyal, protective and strong. She took great pride in the fact that she was able to send her grandchildren to college and helped in anyway she could as family was the most important part of her life.She will be greatly missed by her family and friends.

To send flowers to the family or plant a tree in memory of Song Bargas, please visit Tribute Store

Share Your Memory of
Song
Upload Your Memory View All Memories
Be the first to upload a memory!
Share A Memory
Send Flowers
Plant a Tree