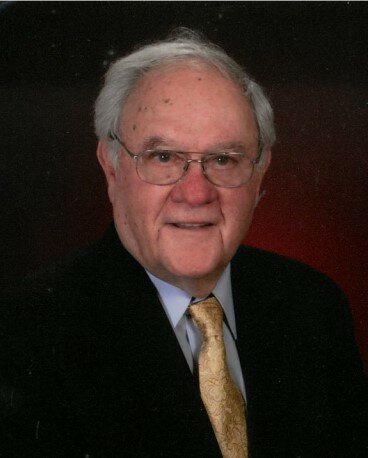 Geoffrey Van Loucks, resident of Carmel, passed away at the age of 87 on August 26, 2021.  He was born in New York City.  He is survived by his two children Ruth (Jack) and David, and grandchildren Kaylyn (Trey), Matthew (Becca), Samantha (Colton), and Christopher and great-grandchildren Eliza, Joshua, Austin, Morgan, Harper & Clayton.  His wife Dolores passed on in 2009 after 53 years of marriage. He is also survived by his best friend and traveling companion of the last 11 years, Linda Keill of Carmel.

He attended Hayward High School and upon graduation joined the U.S. Navy and spent two years in San Diego at Miramar Navy Air Base.  He returned to the Bay Area and entered UC Berkeley receiving a Bachelor of Science, and a Law degree from the UC Berkeley School of Law.  He fervently held onto his Cal pride throughout his lifetime and had his Cal cap on whenever he was watching a Cal football game.

After college Geoff went on to found the law firm of Van Loucks and Hanley in San Jose where he had a successful and busy career for many years.

Although he retired in 1997, he continued his work in numerous organizations to which he belonged, among them Habitat for Humanity where he served on the International Board with former president Jimmy Carter and traveled throughout Africa and Russia on behalf of the organization.  He and Dolores spent seven years in Hawaii before moving to Del Mesa Carmel.  He served as President of the State Bar of California as well as other positions on the Bar.

Books, elephants, fine wine, books, football, travel, books, baseball and more books defined Geoff’s life, but most of all he loved his family and family events.

In retirement his numerous activities included leadership positions at the Church of the Wayfarer, Del Mesa Carmel, on several boards in Carmel, and farther afield in Aptos and Orcas Island, Washington where he spent many magical days in his retirement.

To send flowers to the family or plant a tree in memory of Geoffrey Van Loucks, please visit Tribute Store