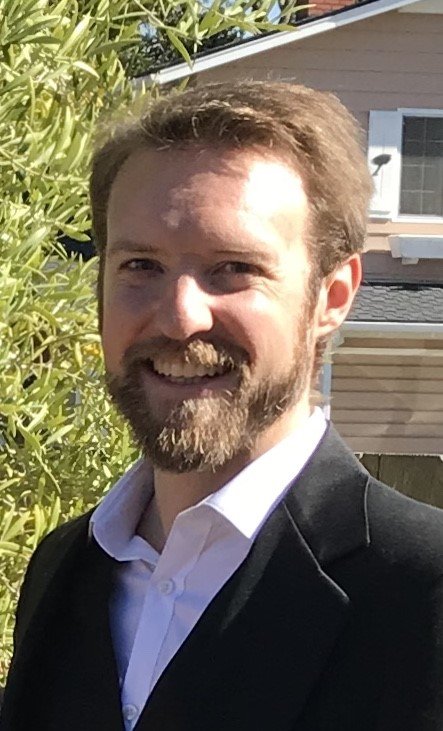 Thomas James Erwin, age 34, passed away on Saturday, January 30, 2021 in Salinas, California. He was born in San Jose, California, the only child of Donald (deceased) and Sharlene (Matthews) Erwin.

The family moved to Pacific Grove when Tom was a year and a half old. He attended Forest Grove School, Pacific Grove Middle school and Pacific Grove High School. During high school, he became interested in music and learned how to play the guitar and sing, often performing with Glen Bell and Kyle Damron. He also took up an interest in playing didieridu. He took his musical talents to the Open Mic at Juice and Java in Pacific Grove along with reading poetry at establishments holding Poetry Slams in Monterey. He often won first or second prize for his poetry.

At the young age of twelve, he started teaching himself how to code. This led him to become a software developer full time after college. He started his own company called Sidetree.com selling his apps through Apple App store. His most challenging app was a language translation program that did quite well for him worldwide.

He also participated in the President’s Ambassador Program offered through his high school, spending a few weeks in England, Wales and Ireland. In college, he took a class in London, UK for a semester. He loved London so much he later spent some time abroad traveling around Europe.

Tom is survived by his mother, uncle, aunts and many cousins. He is also survived by his many friends with Glenn Bell being his closest friend since High school and the love of his life Nathalia Ferreira Duo. Tom, you are too soon gone. Your mother will miss your jokes, tech support, being an awesome son and a fun hiking partner. You will always be my son shine and deeply loved.

Mission Mortuary will be handling the cremation. A memorial service will be scheduled at a later time this year with details to follow to honor Tom. To leave condolences for the family please contact Sharlene Erwin or send flowers to the El Carmelo Cemetery in Pacific Grove where Tom will have a plaque made alongside his father at a later date.

To send flowers to the family or plant a tree in memory of Thomas Erwin, please visit Tribute Store

Share Your Memory of
Thomas
Upload Your Memory View All Memories
Be the first to upload a memory!
Share A Memory
Send Flowers
Plant a Tree