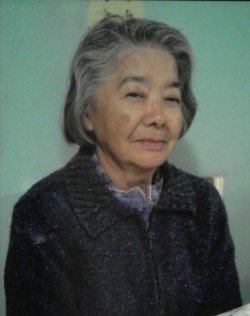 Only Daughter out of 5 children

Grace lived in Florin, Ca till the start of WWII. During the war her family was moved to Fresno Assembly Center. Then moved to an internment camp in Jerome, Arkansas and later to Gila, Arizona for the remainder of the war.

Upon her family’s release, they settled in Elk Grove, Ca where she attended Elk Grove High school and graduated in 1957. She stayed in Elk Grove for another year then moved to be with her family in San Jose, where she went on to work for a phone company. A few years later she would be introduced to her future husband. Henry and Grace later married October 18, 1959 and had 2 children, Mark and Joannie.

Grace peacefully passed away on September 2, 2020. She is survived by her children, Mark and Joannie both of Seaside and 3 brothers: Tony of Los Angeles, Yoshi (Larry) of San Jose, and Jim of Reno.

To send flowers to the family or plant a tree in memory of Tayeko Yamanishi, please visit Tribute Store
Thursday
10
September

Share Your Memory of
Tayeko
Upload Your Memory View All Memories
Be the first to upload a memory!
Share A Memory
Send Flowers
Plant a Tree