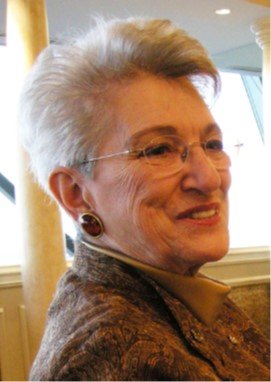 away quietly in her home of natural causes on April 28, 2020 after slowly declining

health for the last 18 months.

Edith Johnsen was involved in the incorporation of the city of Marina in 1975, was the

Board of Supervisors from 1993 to 2005. She served on numerous boards and

and implementation of the California Central Coast Veterans Cemetery, the Marina

In 2020, she received the 'Marina Foundation Lifetime of Service Award' for outstanding Service and Dedication to the Marina Community.

She was born in Elizabeth, New Jersey on November 15, 1936 and was the daughter

of Andrew J. Vallo and Rose Heruska. Prompted by scholarships she received; she began her life-long commitment to community service as her way to pay it forward. She holds a Bachelor’s in English/Spanish, and received her Master’s degree from East Tennessee State University.

She came to Marina in 1972 with her husband, US Army Major, Frederick Johnsen (married 48 years until his passing in 2006) and their sons, Christopher and Kenneth. She started teaching as an English teacher at Monterey Peninsula Jr. College (MPC), which is when her political career also began in her decade long fight for unionization and health insurance for part-time teachers. Her career blossomed as she took on the concerns and needs of the Central Coast Communities to heart and action.

She is survived by her son Christopher Johnsen, daughter-in-law Doinita Nicollsen

Due to social distancing and the Covid-19 virus, a date for a memorial service to be held at the Veteran’s Cemetery (CCCVC) will be announced when it is safe to congregate.

To send flowers to the family or plant a tree in memory of Edith Johnsen, please visit Tribute Store

Share Your Memory of
Edith
Upload Your Memory View All Memories
Be the first to upload a memory!
Share A Memory
Send Flowers
Plant a Tree