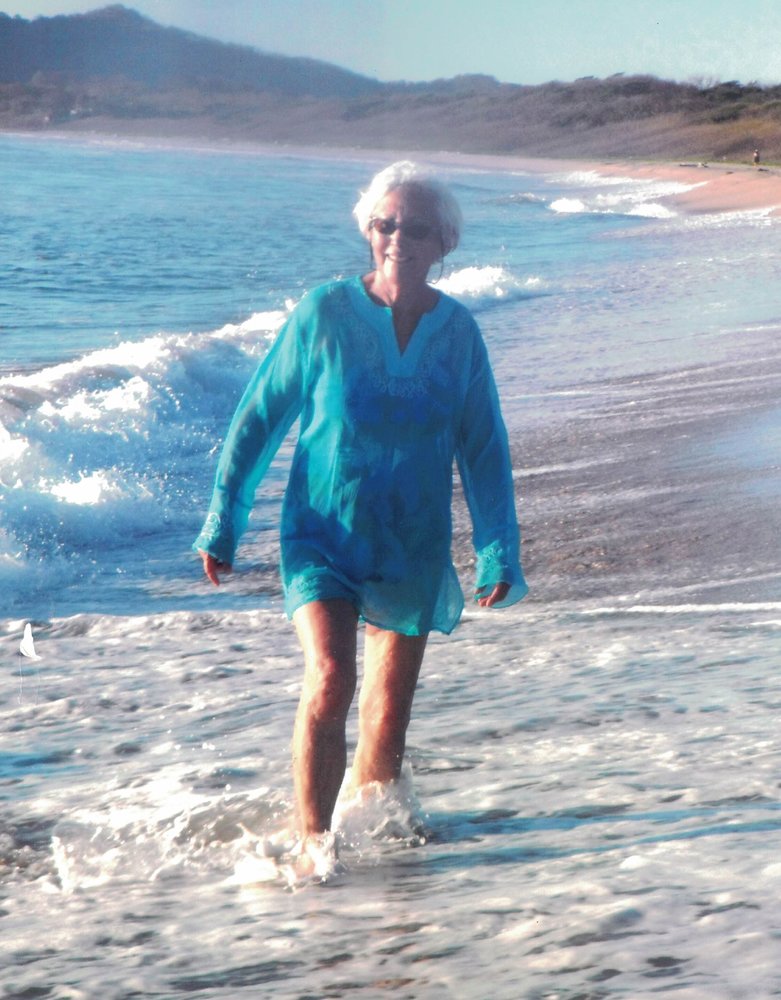 Germany in 1926 and fled the Nazis as a child, moving with her family first to France and then

to Palestine. There, our mother became a registered nurse, returning to war-torn Europe in

1947 to work with Jewish refugees. In Austria, our mother met the love of her life, our father,

Alexander Salomon, and they were married in a displaced persons camp, surrounded by family

After marrying in 1948, our parents returned to Israel at my mother’s insistence to serve

during the Israeli War of Independence; our mother worked as a nurse in Rambam Hospital in

Haifa. In 1951, our parents came to the United States, ultimately deciding to live here

permanently and raise three children in the Chicago suburbs, where Mom supported our

father’s medical practice. Our parents moved to Carmel, CA in 1979 and our mother loved

every day of her life on our beautiful coast.

Our father passed away in 1989 after 41 truly wonderful years of marriage. After this

devastating loss, in 1995, Mom was so fortunate to get a second chance at love when she met

Our mother was a wonderful parent, unconditional love tempered with clear-eyed honesty in

equal measure, a combination that ensured that each of her three children had the inner

strength, self-confidence, and humility to succeed in life. Our mother was an avid reader, a

strong supporter of Israel and the Jewish people, a dedicated bridge player, a lifelong traveler

to countries near and far, a hiking enthusiast, a wonderful cook, a no-nonsense individual, and

Mom is survived by her husband, Richard Klein, her son and daughter, Michael and Charlotte

Mom, you will be in our hearts forever and deeply missed each and every day.

There will not be a public memorial service. Contributions in memory of Kaete Salomon may

be made to Hiddush.org, a non-profit organization that promotes religious freedom and

To send flowers to the family or plant a tree in memory of Kaete Salomon, please visit Tribute Store
Thursday
23
January

Share Your Memory of
Kaete
Upload Your Memory View All Memories
Be the first to upload a memory!
Share A Memory
Send Flowers