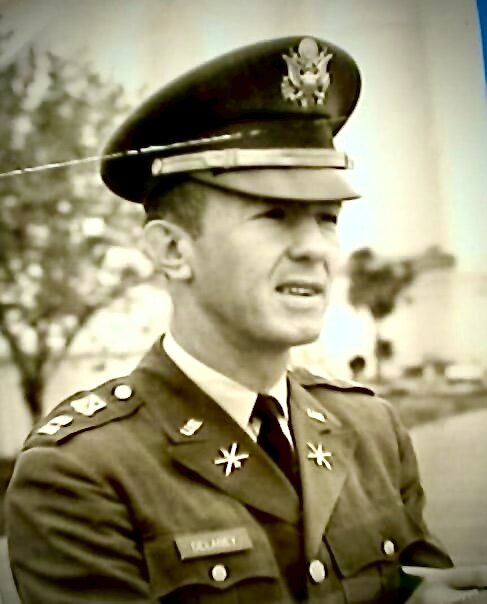 Bill was born in Caldwell, Idaho on August 3rd, 1939. He grew up in Walla Walla, Washington where he went to grade and high school. Upon graduating from high school, he attended Washington State University and graduated with a degree in Economics and Mathematics. Shortly thereafter he entered the United States Army as a second lieutenant and was stationed in Germany overseeing the Nike Hercules Missile Station in Quirnheim.

While in Germany he met his beloved wife, Irmgard. They were married for 57 glorious years. They have five children—Stella, Rene’, Monika, Nicole and Elisabeth. Bill went to The Language Institute in Monterey, California to learn Vietnamese and subsequently served as a Captain in the Vietnam conflict as an advisor. His last year in the service, Bill taught military and diplomatic history at Santa Clara University in Santa Clara, California. He separated from the army after seven years to be with his family, having reached the rank of Major within six years. After separating from the service, he was an executive vice president in the electronics industry for many years until his retirement.

Bill is survived by his wife, five children, nine grandchildren and 12 great-grandchildren. ~He will be dearly missed by all~

**In lieu of flowers please consider a donation to the Pulmonary Fibrosis Foundation at:  https://fundraise.givesmart.com/vf/PFFTribute/WILLAMDELANEY

To send flowers to the family or plant a tree in memory of William Delaney, please visit Tribute Store
Friday
20
January