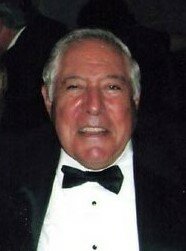 It is with great sadness that we announce the passing of our father, grandfather and great-grandfather, Joseph Robert Panetta, on December 19, 2022. Joseph was born on August 2, 1933 in Sheridan, Wyoming to Carmelo and Carmelina Panetta, who preceded him in death. He has one brother, Leon E. Panetta.

Joseph spent part of his childhood in Monterey, followed by a move to Carmel Valley with his family where he spent the remaining part of his childhood. He attended San Carlos Elementary School and Monterey High School. Joseph then continued his education at Santa Clara University, graduating with a Bachelor of Science degree in 1955. Continuing his education at Santa Clara University, Joseph completed law school and passed the bar on his very first try, beginning a long and prestigious career in law. He practiced law in Santa Clara, then moved to Monterey to work in the District Attorneys Office, followed by many years in private practice. In all, Joseph’s career spanned over 60 years. He gained the respect and admiration of not only those clients he was able to serve, but of the entire law community, to include- judges, attorneys, and members of the court system. One of the many awards that Joseph received (attesting to this career) was the Chief Justice Phil S. Gibson Award presented to him in 2005. He was also inducted into the Fr. William C. Gainera Society of Santa Clara University that same year.

Joseph met the love of his life Anna Chiantelli when they were in high school. They were married on June 25, 1955 and shared 61 years of marriage until Anna’s untimely passing in 2016. Although broken by her passing, he always kept positive and wanted to keep moving forward. Joseph and Anna have three children who survive him:  Joanna (Anastacio), Joseph (Julie), and John. Four grandchildren added joy to the family:  Anna (Chad), Stephen (Jillian), Brittnie, and Gianna. Five great-grandchildren completed the family: Zander, Kyah, Ella, Miles, and Theo. Family meant everything to Joseph, something he gained from Anna.

Besides his career in law, Joseph had many loves to include golf, reading, travel, and his love of food. He and Anna traveled to so many places together and he spoke of them often after her passing. Joe was a lifetime member of the Compari Club, a member of the Italian Catholic Federation, the Sons of Italy, and the Jaycees.

In addition to his family, Joseph is survived by his brother, Leon (Sylvia) Panetta, nieces and nephews, as well as cousins in Italy. Joseph also leaves behind many friends and colleagues. We would especially like to thank Steve, JB, Rick, Michael, and Margo. Their friendship , weekly visits, and phone calls, during his illness, meant the world to Joseph and brought him much joy. We would also like to thank Hospice of the Central Coast for the invaluable help and support, with special thanks to Dee, his home health aide, who brought him such joy and comfort with each visit.

In lieu of flowers, the family request that memorial donations be made to the charity of your choice.

To send flowers to the family or plant a tree in memory of Joseph Panetta, please visit Tribute Store
Monday
16
January

Share Your Memory of
Joseph
Upload Your Memory View All Memories
Be the first to upload a memory!
Share A Memory
Send Flowers
Plant a Tree