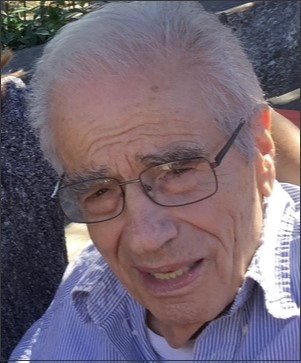 He was born on July 3, 1931 in Pittsburg, Pennsylvania, the son of John and Carmella Galluzzo. He grew up in Pittsburg and attended Carnegie Mellon university where he earned his Bachelor's and Master’s degree in chemical engineering. He later acquired another Master’s in business from Northwestern University.

He was a hard-working, intelligent, artistic, and spiritual person who loved to paint and watch Catholic TV. He loved his family including his two daughters, Heidi and Maria. He lived with his daughter, Heidi, in Carmel Valley for over five years and later resided in Monterey.

Joseph was preceded in death by his parents and four siblings - Neil, John, Carlos, and Antoinette Galluzzo.

A special thank you to Dr. Shehab and the Mariposa for their loving care of Joe.

To send flowers to the family or plant a tree in memory of Joseph Galluzzo, please visit Tribute Store
Thursday
22
December