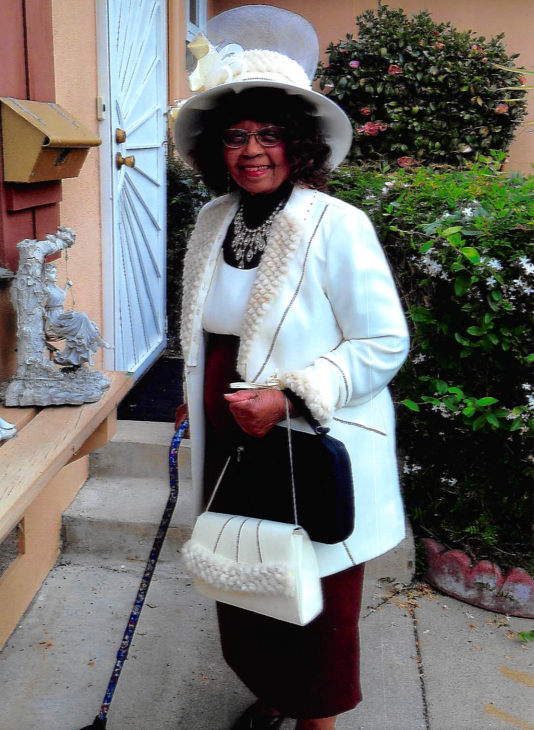 With deep sorrow, we announce the passing of our beautiful mother, Lucille Ransom. She peacefully passed away after a brief illness on November 4, 2022 at Community Hospital of the Monterey Peninsula.

Lucille was born in Barnesville, Georgia to Ed and Irene Fletcher. She was one of 13 children who were raised on a farm. After graduating high school, Lucille married David G. Ransom Sr., a Sergeant in the United States Army. They traveled extensively and raised 5 children. The family was stationed at Fort Ord in 1964 and made their final move to Seaside in 1965.

Lucille was a Christian woman and an active participant in her church. She was also a loving wife and mother. She was a nurse and later a receptionist at Silas B. Hayes Army Hospital at Ford Ord. She worked there for 25 years. After retiring, she attended classes at Monterey Peninsula College which helped her obtain her Real Estate and Tax Preparer Licenses. She prepared income tax returns and sold Real Estate for many years.

Lucille enjoyed doing many things. One of her all-time favorites was playing the slot machines in Reno. She loved pulling the one armed bandit. She also liked shopping, preparing yearly incomes taxes for her children and friends and driving her Cadillac. However, her biggest joy was spending time with her family. Lucille was a superb cook. For many years, she lovingly spent days preparing Thanksgiving and Christmas feasts. Her most cherished entrees were Lumpia and Sweet Potato Casserole.

Lucille was loved and she will be greatly missed. She is survived by her children; daughters, Patricia James and Linda Ransom; sons, Larry Ransom and David G. Ransom Jr. (Kathy); her grandchildren, Fredrick A. James III, Trae A. James, Candace James, Carrie James, Steven-Michael Ransom, Penny Schwinn, Katy Sully, numerous great grandchildren and her brother, JC Fletcher (Martha). Lucille was preceded in death by her husband, David G. Ransom Sr.; her son, Lawrence D. Ransom; her parents and her 11 siblings.

To send flowers to the family or plant a tree in memory of Lucille Ransom, please visit Tribute Store
Tuesday
29
November

The family would like attendees of the service to join them in the Celebration of Life for Lucille Ransom that will be held at the Embassy Suites by Hilton Monterey Bay Seaside. The address is: 1441 Canyon Del Rey Blvd, Seaside, CA

Share Your Memory of
Lucille
Upload Your Memory View All Memories
Be the first to upload a memory!
Share A Memory
Send Flowers
Plant a Tree