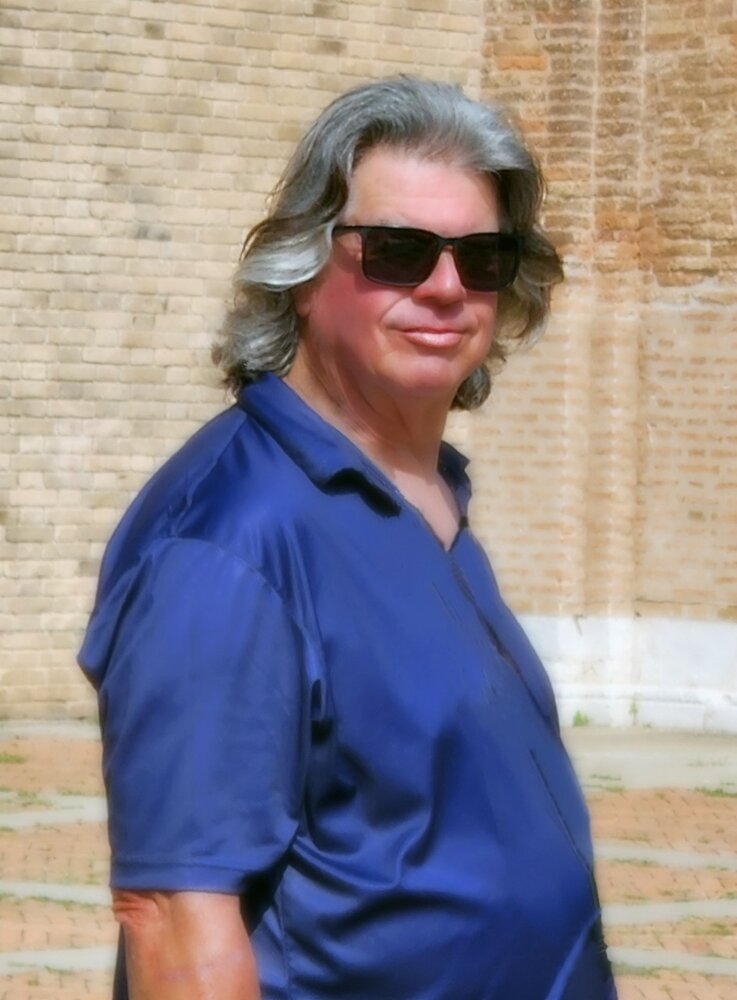 Following the service, a Celebration of Life will be held in Ken and Kay’s beloved Beer Garden.

The Family hopes you will honor the spirit of fun and joy that Ken always brought to life, and wear something to celebrate that spirit --- a Giant’s or 49er’s shirt, a Hawaiian shirt, tie dye, something fun to do with your favorite beer or wine, concert, travel, etc. This attire is invited for both the service at the Mortuary in Monterey and in the reception in the Beer Garden.

Ken loved life. He loved to smile and make others smile. He always had a twinkle in his eye and a good practical joke in his back pocket. He loved his family and enjoyed spending time with them. He prided himself in creating a community around him. He created extended families with those he met. He had a passion for cooking and took pride in making wonderful dishes. He was always planning the next thing he was going to make. He was also passionate about brewing beer and making people happy with his beer. He was the king of bargain hunters and searched for a “good deal” and found many treasurers on Craigslist. He also loved music and played the guitar. Ken had an inquisitive mind always wanted to learn more. He was proud of being able to identify the different breeds of cows and what crops were being grown locally. He enjoyed watching his favorite movies, The Godfather, Jaws, Elf and Christmas Vacation. Ken embraced the holidays and was already looking forward to smoked turkey and getting the Christmas tree up early. He looked forward to the Joy family “Monkey Picture” tradition and spent the year looking for monkey things to take for the white elephant gift exchange.

Ken was born to George and Marian Barge September 8, 1959 in Sacramento, CA. He was the oldest of three sons. He was confirmed in the St. Paul Lutheran Church. He spent his life in Sacramento until moving to Salinas.

After graduating from Hiram Johnson high school in Sacramento in 1977, Ken started his 40 plus year career in Building Materials. He held various positions from warehouseman, to commercial driver, to warehouse supervisor, to operations supervisor. He was extremely proud of the safety awards he received in his 17 years with Weyerhaeuser.

On November 13, 2004, Ken married the love of his life and his forever partner in adventure, Kay Joy. They met while serving on jury duty together.

Ken had two children, Michelle and David, from a previous marriage. Ken served as an assistant teacher in Michelle's 6th grade Sunday school class. Michelle has many happy memories learning how to bake pretzels and how to cook new dishes with her Dad. Ken was a Cub and Boy Scout leader in David’s troops. They shared a love of music and guitars.

Ken pursued his passion for cooking and graduated with an Associates of Art in Culinary Arts Hospitality Management at American River College in 2010. He worked full time while completing his degree. Ken wanted to do things that involved Kay. Whether that be driving down the coast in the convertible, going out for a meal, brewing beer, or working/building in the yard, they were always together.

Ken was drawn to all things water/boat related. He spent a lot of time boating and fishing on the Sacramento River. Ken and Kay purchased a houseboat in 2004 and spent many weekends on the boat in Walnut Grove. Ken started going to Dillon Beach as a kid and loved it there. Ken and Kay started camping at Lawson’s Landing while they were dating. They were lucky enough to buy a “permanent trailer”. Ken loved his “Beach Family” and hosting everyone at their trailer. Ken was very proud of his ability to catch crab and share with family and friends. His treasured the nights with their Beach Family eating what he considered the perfect trifecta, grilled oysters, clam chowder and fresh crab.

In 2012 Ken and Kay moved from Sacramento to Salinas. Ken and Kay have built a home, a family and a community in this area. Ken started perfecting his passion for craft brewing and labeled that passion “K Square Brewing.” To share that passion, Ken decided to turn a hill of ivy into a beautiful beer garden that has become the gathering place of friends and family. He was proud of the community we had developed and how much the beer garden was used for functions. He loved the Happy Hour Pod that developed during covid. The pod has met almost every week for the last two plus years in the beer garden.

For the last seven years, Ken worked at San Lorenzo Lumber. He was proud of his work and of going above and beyond to ensure the customers’ satisfaction. Ken could build anything. His mind was always going. He had tremendous vision on how to turn anything into what he wanted it to look like. He built the front deck and then the beer garden, he expanded to the upper deck of their home and then built the grill deck. He had just finished an extension to the beer garden to house the smaller grill and the pizza oven. He had started the next expansion project in his quest to complete his bigger vision for the yard.

Ken loved to travel. He started with family vacations. One trip was to Florida to see family and the Apollo 11 launch. His father had worked on the rocket at Aerojet. He and Kay made several trips to South Dakota with adventures galore along the way. They went on a Mexican Cruise, went to Washington DC, Virginia, Maryland, New York City, the Twin Cities, Denver, Cabo San Lucas and to Maui. They planned trips to include visiting microbreweries. He and Kay were invited by Happy Hour Pod friend, Art, and made the trip of a lifetime this September to Venice and Switzerland. He was excited that he had gotten four stamps in his passport.

With a kind and generous heart, Ken was always giving of his time. He was a 35 plus gallon blood donor; a Habitat for Humanity volunteer; and served on the Oak Hills Neighborhood Association and was proud of the park that he helped to develop. Ken and Kay had hosted several fund raisers in the Beer Garden for causes that were important to them. He was proud to have attained his Eagle Scout rank and even prouder to help his son David attain his. He was a member of the Knights of Columbus for many years in Sacramento.

(Chuck) Beam of Longbranch, WA. Sisters-in-law Karen (George) Kalvass of Moraga, CA; Kathy (Larry) Link of Eden Prairie, MN; Brothers-in-law Keith (Candy) Joy of Vermillion SD; Kurt (Alanna) Joy of Miller, SD and father and mother-in-law; Vernon and JoDean Joy of Miller, SD. Ken was a proud uncle to 25 nieces and nephews and 20 great nieces and nephews with 2 coming next year. Ken is also survived by his beloved dog, Bella. He was preceded in death by his parents, George and Marian Barge, and brother Ronald Barge.

In lieu of flowers, and in honor of Ken’s ever-generous spirit, memorial donations to Kay will be used for improvements to a neighborhood playground that Ken helped construct, or you can make a donation to the Food Bank of Monterey County (Donate - Food Bank for Monterey County). In the spirit of generosity, his family would also be honored if you choose to donate your time or energy to a charity that is close to your heart

To send flowers to the family or plant a tree in memory of Kenneth Barge, please visit Tribute Store

Share Your Memory of
Kenneth
Upload Your Memory View All Memories
Be the first to upload a memory!
Share A Memory
Send Flowers
Plant a Tree