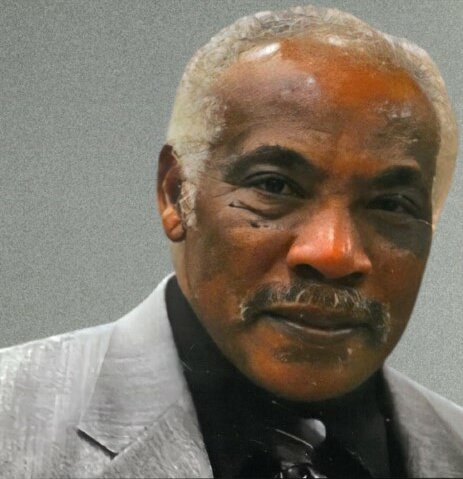 On Monday morning, August 15, 2022, George Cal Parker Sr., completed his earthly mission and God called him home. He was born on February 11, 1936, in Kaufman, TX to Georgia Mae Cato and Anthony Parker. George and his mother later moved to Lubbock, TX where he grew up.

George was raised by his late grandparents George and Callie Cato. George attended Ella Ise Elementary School and Dunbar High School in Lubbock, TX. After graduating from High School George went to live with his mother Georgia and his stepfather Daniel. The family did a lot of traveling. In 1965 the family moved to Anchorage, Alaska, where George worked as a fisherman. When the family left Alaska they moved to Monterey County and George worked as a Monterey county bus driver.

In 1975 George met Bobbie, the love of his life. They were married and had a son. George Cal Parker Jr. George accepted the Lord as his savior and joined Bethel Missionary Baptist Church and Rev. H.H. Lusk Sr. was his pastor. George was a faithful member to his church where he served as a Deacon, attended Sunday school, and was a member of the Brotherhood Ministry and Male Chorus. He helped to supervise the Monterey county work program. George also served as Pastor Lusk’s chauffeur. George loved going to the house of the Lord and attended church whenever he could. He especially enjoyed helping Pastor Harold H. Lusk Sr. with the food basket programs. George volunteered his service and worked in any capacity that was needed in the church.

George was a very kind and caring person. He loved his family and friends and would do anything for them. He loved to work on cars, play dominos, and sitting on the beach with his wife Bobbie.

To send flowers to the family or plant a tree in memory of George Parker Sr., please visit Tribute Store
Monday
12
September

Share Your Memory of
George
Upload Your Memory View All Memories
Be the first to upload a memory!
Share A Memory
Send Flowers
Plant a Tree