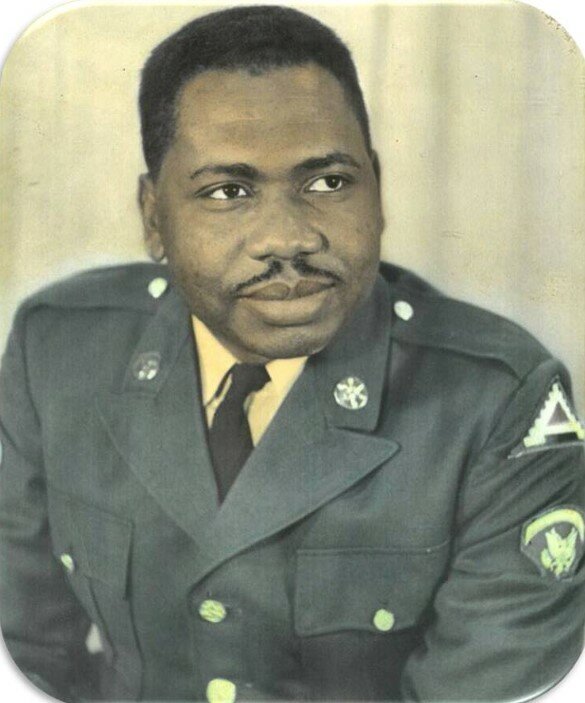 Mr. Talmadge Jones was born July 18, 1929 to William Edward and Madeline (Hill) Jones in Wilmington, North Carolina.  He was a proud graduate of the Class of 1949 from Williston Industrial High School and earned an Associate’s Degree from Monterey Peninsula College.  He served in the U.S. Army for over 23 years with tours of duty in Korea, Vietnam, Japan, Germany and stateside bases including Ft. Jackson, SC, Ft. Lewis, WA, and Ft. Ord, CA.  After retiring, he worked as a Civil Servant at Silas B. Hayes Hospital, Monterey County Jail, Firestone, and the Monte Vista Market.  He was affectionately known as Jones, Tammy, Doc, Mr. J, and LJ.  He loved talking and telling stories, traveling back “home” to North Carolina, watching TV Westerns, Judge Shows, and The Three Stooges.  His favorite pastime was cooking and famously said he was so good that he could BBQ water.

To send flowers to the family or plant a tree in memory of Talmadge Jones, please visit Tribute Store
Wednesday
3
August

Share Your Memory of
Talmadge
Upload Your Memory View All Memories
Be the first to upload a memory!
Share A Memory
Send Flowers
Plant a Tree