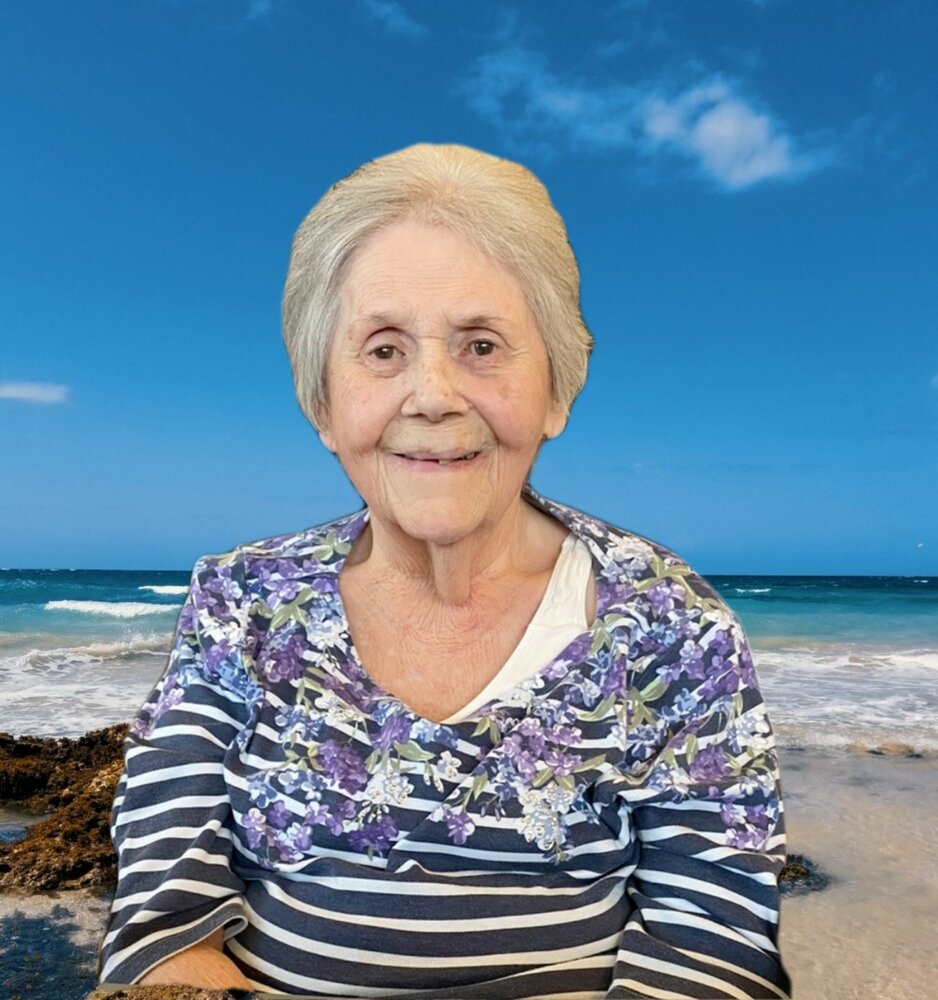 Dalinda Louise Smith, passed away peacefully in the presence of her family at 3:12 AM on Sunday June 26th, 2022 at the age of 88 years old.

Dalinda was the only child of Portuguese immigrants who settled in Oakland, CA where she was born on January 7th, 1934. When she was a teen, her family relocated to the Monterey Peninsula residing in Pacific Grove and attended Pacific Grove High School where she later graduated.

Dalinda met her husband Richard (Red) while working at Woolworths in downtown Monterey. Richard, a young navy man, would come in to buy pencils just to see her and get to know her. He was deployed to Guam and upon his return they were married in 1955. They found their home in Seaside and had three children: Charlene, Christopher, and Cathleen. She worked for the MPUSD in cafeterias of multiple schools within the district. This allowed her to work and still be home for her children and later grandchildren.

She was a devoted member of the Saint Francis Xavier church in Seaside, CA. Dalinda alongside her husband were active members of many Portuguese groups including SES, APUMEC, IDES, Cabrillo Club, Our Lady of Fatima in Pacific Grove and FDES of Monterey. She held various positions such as First Lady, President of the Ladies Auxiliary, Secretary and Treasurer in the above-mentioned groups, as well as serving as Senior Queen in 1950 for FDES. She also supported her daughter and granddaughter when they served as queens.

She is survived by her three children; Charlene Smith, Christopher Smith, and Cathleen Mendonsa/Larry Mendonsa; Her grandchildren, Desiree Smith, Meredith Smith and Christopher Mendonsa. She was preceded in death by her husband, Richard (Red) Smith; and her mother Augusta Correia and Father Ernest Correia.

She was a woman with a beautiful heart and gentle soul. Not to mention a loving and caring mother, grandmother and member of her community. She will be missed by those who were blessed enough to know her.

To send flowers to the family or plant a tree in memory of Dalinda Smith, please visit Tribute Store
Thursday
14
July

Share Your Memory of
Dalinda
Upload Your Memory View All Memories
Be the first to upload a memory!
Share A Memory
Send Flowers
Plant a Tree