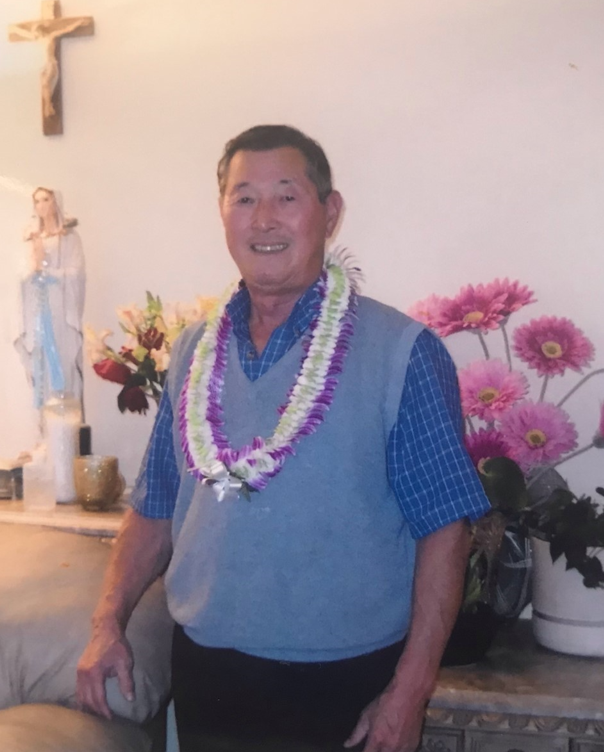 Chung “KC” Kim (81), of Marina, CA, passed away on May 29, 2022 after battling a long-term illness. He was surrounded by his loved ones when his soul went to heaven.

Chung was born on March 20, 1941, in Osaka, Japan and was raised in Gimcheon, South Korea with his brother and three sisters. After serving in the Korean Army for 3 years, he found work as a truck driver. Eventually, his eyes and heart fell for one special woman, Sang Hui Kim, whom he married on January 17, 1969. Shortly after they had their first child, they immigrated from South Korea to Marina, California in 1973. They created a beautiful, happy life in the States while raising their three children, Anthony, Linda, and Lisa.

In the U.S., Chung found work in a sugar refinery canning factory in Spreckels, CA and at the Ord Commissary in Seaside, CA. He moved on to work for the Lodge at Pebble Beach in the Housekeeping Department for 28 years until he retired. Chung and his wife, Sang, also purchased a laundromat and dry cleaners in Salinas, CA in the late 1990’s and operated the business for many years together.

Chung was a man of many skills and hobbies. He was knowledgeable in car and machine repairs, as well as fixing anything around the house. He thoroughly loved to golf and go camping, especially to a hot springs, in his spare time. He had every camping equipment imaginable! Family was central to his life. His happiest moments were spent surrounded by the people he loved, sharing delicious food, telling entertaining stories and making everyone laugh with his jokes or by flexing his muscles.

He was a generous man and always thought of others before himself. Most of all, he was a very hard worker, a wonderful husband, great father, and a loving grandfather. He worked two jobs to make sure that his family would have better lives. He will be deeply missed by his family and friends.

Chung was preceded in death by his older brother and sister, both who passed away in South Korea. He is survived by his loving wife, Sang, his three children, Anthony Kim, Linda Rivera, and Lisa Madu, his three grandchildren, Alexis Rivera, Taylor Madu, and Jordan Madu, as well as his two sisters, Young Marshman and Helen Eugenio.

To send flowers to the family or plant a tree in memory of Chung Kim, please visit Tribute Store
Wednesday
15
June

Share Your Memory of
Chung
Upload Your Memory View All Memories
Be the first to upload a memory!
Share A Memory
Send Flowers
Plant a Tree