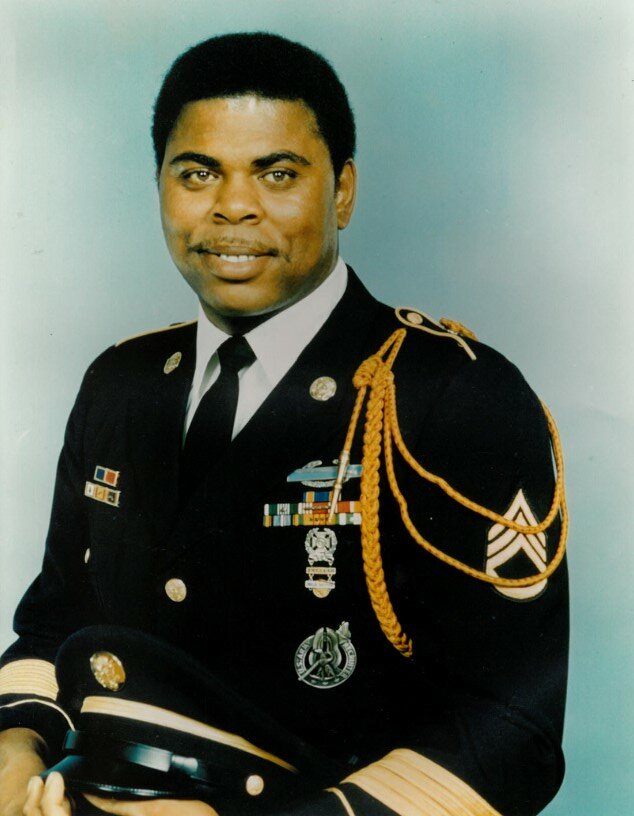 William “Bill” Bradford was born in Louisiana to Mary and James Bradford on August 6, 1940.  The Bradford family relocated to San Diego, California when he was a child.  He was the oldest of four children (James, Larry, and Brenda) and currently only his younger brother James Bradford remains.  Mr. Bradford had a passion for sports.  He played Football, Baseball, & Ran Track while he attended Point Loma High School in San Diego.  After graduation from High School, he attended college at The University of Arizona on a full-ride scholarship.

Mr. Bradford discovered he had a new passion while attending college and decided to join the US Army as an Infantryman and later served as a Recruiter.  Early in Bill’s military career he met his wife Reggie Sampson.  Together they had 2 children:  Gwendolyn (deceased) & William Jr.  Mr. Bradford served in South Korea, Vietnam, Germany, San Diego, Fort Ord, and various other places during his military career that spanned more than 20 years.

After his retirement from the US Army, Sergeant First Class (SFC) Retired Bradford worked for the Seaside Police Department as an Abatement Officer.  Mr. Bradford later retired from the City of Seaside and spent a lot of his time volunteering in the community in the various organizations he was a part of.

Some of the organizations Mr. Bradford held positions in were:  The Retired Men’s Social Club (RMSC), Hays Christian Methodist Episcopal Church, The NAACP Diamond Level, the Mason’s Jerome Consistory #328, and various other organizations and committees.

Some of Mr. Bradford’s hobbies were cooking on the grill while listening to some Blues and Reggae music, watching sports on tv, and traveling around the world on Cruise Ships. Bill was a family man and always put his family first.

William Harold Bradford Sr. will be interned with military honors on Monday, April 11, 2022 at CA Central Coast Veterans Cemetery located at 2900 Parker Flats Road in Seaside CA 93955. Arrive at 10:30am for 11:00am service.

Following the funeral service there will be a "Celebration of Life Repass" at the RMSC Club at 2087 Del Monte Blvd., Seaside CA 92955

To send flowers to the family or plant a tree in memory of William Bradford Sr., please visit Tribute Store
Monday
11
April