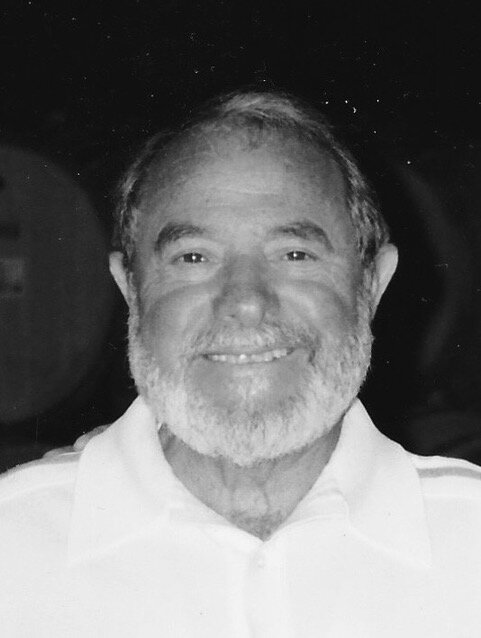 Sal V. Riso, 94, passed away peacefully during the night of March 24 as he slept in front of the larger-than-life photo of his soulmate and wife, Mary Riso. The photo of his smiling bride had been with him since her death in 2008. Since the moment of Mary’s passing, Sal eagerly awaited the day they would be reunited once again. We joyfully celebrate with him that his wish has finally become reality.

One of twelve children, Sal was born on February 9, 1928, in Monterey, California, to Genaro Riso and Rose Aiello. He was the first of his brothers and sisters to be born in Monterey, and never had any desire to leave the beautiful town of his birth. After graduating from Monterey High School, Sal married Mary Tarallo, his high school sweetheart. He often told the story of love at first sight when the “new girl from Boston” entered his typing class, and that his life was never the same after that.

Sal served his country in the US Navy as a baker aboard an aircraft carrier during the Korean Conflict. Upon his return, he held several jobs, including as a manager in local supermarkets, as a butcher at Safeway, and selling life insurance with the Bankers Trust Life Insurance Company. From 1972 to 1982 he served as a sales representative for David C. Cook, a publisher of Christian books headquartered near Chicago, which allowed him to travel the Western States extensively. However, he found true happiness for the rest of his professional career as a real estate agent working at Greg Shankle Realty in Monterey. Beyond his professional life, he was involved as a lay-reader at the Roman Catholic “Church on the Hill” in Monterey, as well as a deacon for many years at Mayflower Church in Pacific Grove.

Sal’s greatest legacy, however, was not material, it was his lasting impact on the people that came to know him. From serving coffee and Mary’s Italian cookies at 7:00 a.m. each Wednesday to the garbage men that served his neighborhood to having dinner at national conferences with the Vice Chairman of David C. Cook, all felt comfortable with Sal. He had no agenda other than to listen and respond with his unique wisdom. He never missed an opportunity to lift spirits with an encouraging word and was loved and admired by all as a soft-spoken servant.

He was deeply committed to and loved his wife, Mary, their sons, their family and friends. An honorable man from start to finish, Sal could be proud of the example he left as husband, father, grandfather, brother, uncle, friend, and co-worker. He was a quality human, the kind sorely needed in today’s world.

Sal leaves behind his sons and daughters-in-law, Rick and Cathy, Mark and Shelley, and Torey; adopted son and daughter-in-law, Kent and Pamela Hafemann; twelve grandchildren; five great- grandchildren, many nephews and nieces; and countless others to whom he provided love and time.

If you would like to attend the memorial service and celebration of life by Zoom, please text your request for the Zoom link to (917) 834-8102.

To send flowers to the family or plant a tree in memory of Sal Riso, please visit Tribute Store
Monday
4
April

Share Your Memory of
Sal
Upload Your Memory View All Memories
Be the first to upload a memory!
Share A Memory
Send Flowers
Plant a Tree