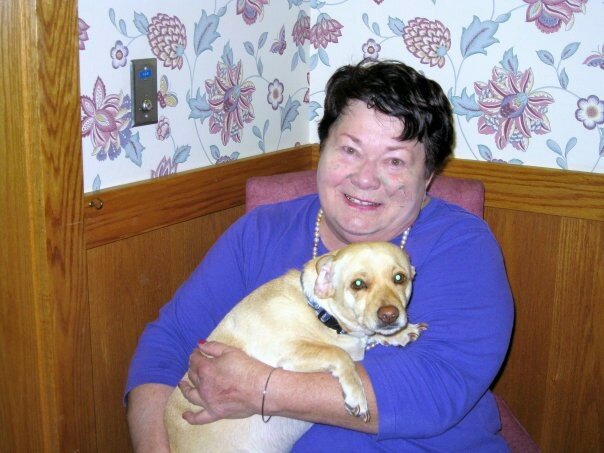 Clarigene “Clari” Binder lived a dynamic and charismatic life before her passing on February 22nd, 2022, in Salinas, California. Over the course of her 85 years, Clari was involved in numerous clubs and organizations, achieved educational and career feats, and devoted time to her family.

Clari was born on March 26, 1936, in Hagerman, Idaho, to Lewis and Mildred Binder, and was raised on the family farm. After high school, her Aunt Helen and Uncle Cledith Bourdeau convinced her to go to college in Coalinga CA where she met her future husband, Richard Solom. They were married in 1954. After receiving her bachelor's degree from Fresno State University, she continued her educational endeavors and went on to receive two masters degrees.

Clari worked in enforcement as a hazardous materials specialist for 20 years. Her time working across four different counties led to stories of late nights watching for midnight dumpers at abandoned oil wells in Bakersfield and directing the cleanup of spilled gas and diesel fuel in Santa Barbara. She also taught evening classes at Oxnard College. CIari's career is one of Inspiration, as she was one of few women -at the time-in California to be a hazardous materials specialist.

To be closer to her second-born son, Russ, and his three boys, she moved to Santa Clara County where she trained bus maintenance personnel how to handle their hazardous materials safely and legally. She later retired in 2000 and moved to Salinas.

Clari declared her retired years as her favorite time in life. She spent an abundance of time with her daughter, Andrea, playing Scrabble and dominoes, and attending Andrea's daughters’ rodeos and sporting events. She learned the art of bonsai, perfected her public speaking skills as a Toastmaster, scrapbooked, and frequented the movies with her eldest son, Jerry, on his visits.

Clari is preceded in death by her parents; brothers Donald and Jim Binder; and her beloved dog, Buster. She survived by her children, Jerry Solom, Russ (Virginia) Solom, and Andrea (Casey) Vollin; her six grandchildren Clayton Lyons, Matt, John and Paul Solom, Kali and Taylor Vollin; her sister Dorothy Newkirk’ sisters-in-law Carol and Karla Binder; and numerous cousins, nieces and nephews-all of whom she adored.

To send flowers to the family or plant a tree in memory of Clarigene Binder, please visit Tribute Store
Wednesday
9
March

Share Your Memory of
Clarigene
Upload Your Memory View All Memories
Be the first to upload a memory!
Share A Memory
Send Flowers
Plant a Tree