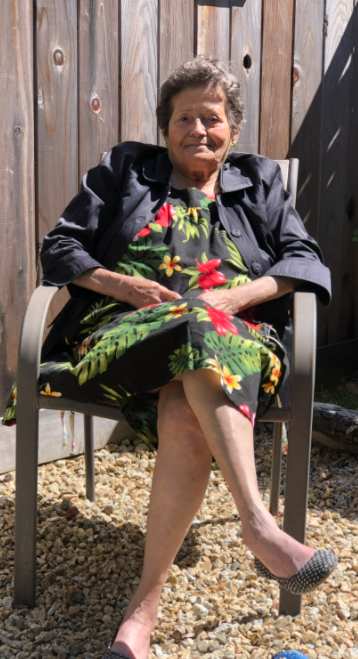 Aida was born in Puerto Rico to Aurelia Rivera and Emiliano Figueroa but was Daughter to Nemencia Cortez and Gregorio Cortez.

She lived PR until the age of 13 when she went to live with her godmother in New York. Some time later while living there she met and married her husband Angel Ruben Garcia. Shortly after they returned to Puerto Rico where Ruben joined the United States Coast Guard and eventually raised their 5 children.

In 1962 her husband received military orders and the family moved to San Francisco CA. Already, an avid baseball fan Aida immediately fell in love with the SF Giants and in her mind became their #1 Fan. Because of her love of baseball she dedicated a lot of time to the Bronco World Series in Monterey as well as the Pony Baseball League. For many years you could also find her at Lincoln Lanes most days where she and her teammates won many tournaments.

As a stay at home Mom Aida dedicated her life to her family but she was also was very instrumental in assisting newly arrived Spanish speaking families in all things pertaining to obtaining citizenship.

Many people describe Aida as a legend. She was strong willed, yet generous with all she knew. She never met a stranger.

Aida was born in Puerto Rico

Great grandmother to 15 great grandchildren (2 preceded her in death)

To send flowers to the family or plant a tree in memory of Aida Garcia, please visit Tribute Store
Thursday
3
March

Share Your Memory of
Aida
Upload Your Memory View All Memories
Be the first to upload a memory!
Share A Memory
Send Flowers
Plant a Tree