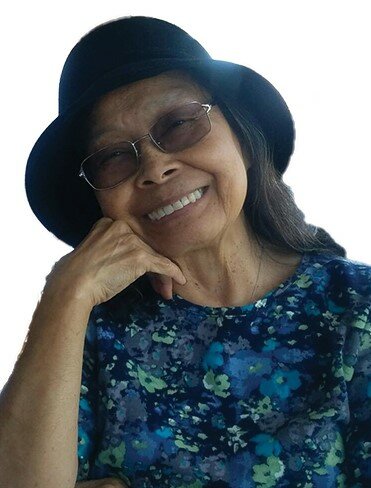 Herminia Jayubo Martinez, resident of Seaside, surrounded by her loving children and family passed away in her Seaside home on February 12, 2022, at the age of 87.

Herminia was born on August 29, 1934, in Rizal, Philippines. She immigrated to the U.S. with her parents and siblings in 1952 and settled in Seaside, California. Herminia went off to nursing school in Tacoma Washington, and not long after met her future husband, Paul Martinez, through mutual friends in 1956. Paul was in the U.S. Army and they soon were married on September 8, 1956. They had five children. Leo was the first born in Washington state, Reuben then Frances next born in Hawaii, Jaime born in Arizona and lastly Kathy in Hawaii.

In 1965, Herminia’s husband Paul, was stationed in Fort Ord, California. They bought a home in Seaside where they raised their family. Herminia continued her education in Monterey and became a Registered Nurse in 1973 working at hospitals in Monterey and later San Jose, California, where they lived for 30 years. After 23 years in nursing, she retired in 1996 at the age of 62. She and Paul moved back to Seaside in 2009 after renovating their Seaside home.

Herminia was a social butterfly, loved music and dancing with her husband and entertaining family and friends in her home, often-times having a full house. She was a lover of traveling with her husband to many countries over the course of their 63 years of marriage. Her husband, Paul passed away in December 2019.

We will miss her humor, smile and warm heart. She touched many lives with her love and caring ways until the end of her life. She will be dearly missed but forever in our hearts.

To send flowers to the family or plant a tree in memory of Herminia Jayubo Martinez, please visit Tribute Store
Monday
28
February