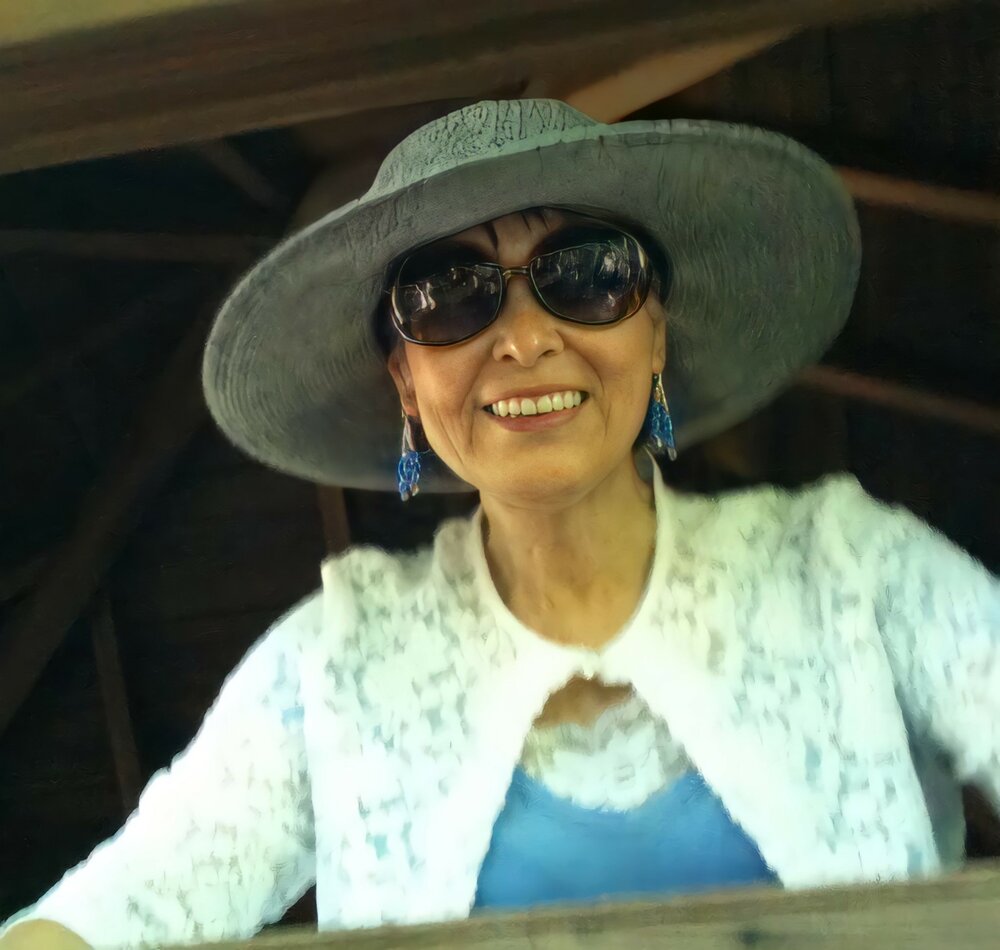 Kathryn Rounsville, devoted mother and loving servant to Christ, died January 30, 2022, in her Salinas home surrounded by family. She is survived by her four children, James, Delinda, Patricia and Deborah along with seven grandchildren and eight great-grandchildren.

Kathryn was born Katsuko Ogawa, June 22, 1933, in Morioka, Japan. She was the second of the three oldest daughters with 4 younger brothers and 2 younger sisters. She was an artistic talent and an athletic competitor throughout her early years. She quickly rose to swim team captain and nearly made the Olympic swim team. She was a talented, giving person, quiet, yet purpose driven. Her favorite song was Simon and Garfunkel’s “Bridge Over Troubled Waters”. The song is about showing comfort to someone in need and was the hallmark of her character. She carried herself gracefully with all the tradition of her Japanese heritage.

She married in 1955, and started her American life in Sandpoint, Idaho. She gave birth to her first child James (Jim) in February 1956. She found a job as a dental receptionist overcoming her broken English and enchanting everyone she met. She worked hard to learn English and later to earn her US citizenship. Her cursive handwriting was impeccably perfect.

Kathryn was married to Loren Rounsville for 35 years. She lovingly followed him through his 20- year military service and to his final days when he passed away in December 1992. Loren would bring her flowers every Friday throughout their entire marriage. As a military family, their deployments took them from Sandpoint to the Presidio of San Francisco; Fort Richardson, Alaska; Fort Collins, Colorado; Fort Buckner, Okinawa; Fort Lewis, Washington and Fort Ord, California. Loren was stationed in Vietnam for two tours and Kathryn adeptly took on the role as sole parent for her children during those times of separation.

The 1958 Presidio assignment moved them to a small fourth floor apartment in the heart of San Francisco. Delinda (Dee Dee) was born in January that year and exactly a year later, Patricia (Patty) was born also in January, just two days apart. Their apartment was directly across from the Good Samaritan hospital which is where both girls were born.

1961 brought a new assignment in Anchorage, Alaska. A year later, Kathryn would deliver her third daughter, Deborah (Debbie). It was common for overnight snows of up to thirty-six inches that would strand everyone in their homes for days. Throughout their time in Alaska, Kathryn was active with elementary school events and supporting NCO club activities on the base.

In 1963 the family relocated to Fort Collins, Colorado where Kathryn continued to volunteer in school events and became a Den Mother for Jim’s Cub Scout Pack. She worked for Michelle’s Chocolatiers & Ice Cream as a waitress and hostess helping the family income. She entered the Catholic church during these years and had the entire family baptized and enrolled in Catechism.

1966 would take her family out of the country to Okinawa (Japan), a small 70-mile-long island, 7 miles wide, just south of Japan. This made it possible for Kathryn to visit her family in Japan and introduce her children to relatives and her homeland.

In 1968 the family returned to the US mainland to Fort Lewis, Washington. Kathryn took a job with the Post Exchange.

1970 placed Kathryn and family in their final post assignment at Fort Ord, California where Loren would retire from military service. They purchased a home in Salinas where they lived for 50 years. Kathryn attended Hartnell College in the evenings and successfully graduated with an Associate Degree. She developed a career as lead clerk for the Monterey County Department of Social Services managing a team of processing clerks. She retired from the position after the death of her husband.

She loved competitive league bowling and would bowl in tournaments for more than seventeen years. She enjoyed dancing and learned to tap dance. She played piano and was learning to play the flute in her late years. She loved to sing and was a soprano in the Madonna del Sasso Church which traveled to the Vatican City, Rome and sang for Pope John Paul II. Kathryn was an accomplished seamstress and created custom clothing for her entire family. Her beautiful clothing designs and her natural beauty made her unforgettable. She used her talent to create dozens of costumes for the Hartnell College Drama Department, for the Salinas Nutcracker ballet and for many commissioned projects.

Kathryn was a role model, a mentor, a loving mother, a quiet woman of faith and a powerful prayer warrior. She loved her family and she loved God. Her whole life demonstrated her love for others through her kind and generous heart. She will be greatly missed. May she rest in peace and enter her great reward for eternity with our Lord and Heavenly Father.

Special thanks to Deborah for quitting her job in 2021 to care for Kathryn full time. Thanks also to Patricia for sharing in Kathryn’s care over the past five years. Both lived with her and cared for her as her health deteriorated. This was a great sacrifice of love that the family will forever be grateful for.

Kathryn is survived by:

Children of James and Anne Rounsville

Children of Chris and Delinda Samp

Children of Fred and Patricia Carter

Children of Jeremiah and Alisha Rounsville

Children of Andrew and Kayla Carter

The memorial service will be live streamed for those who cannot attend.

To send flowers to the family or plant a tree in memory of Kathryn Rounsville, please visit Tribute Store
Wednesday
9
February