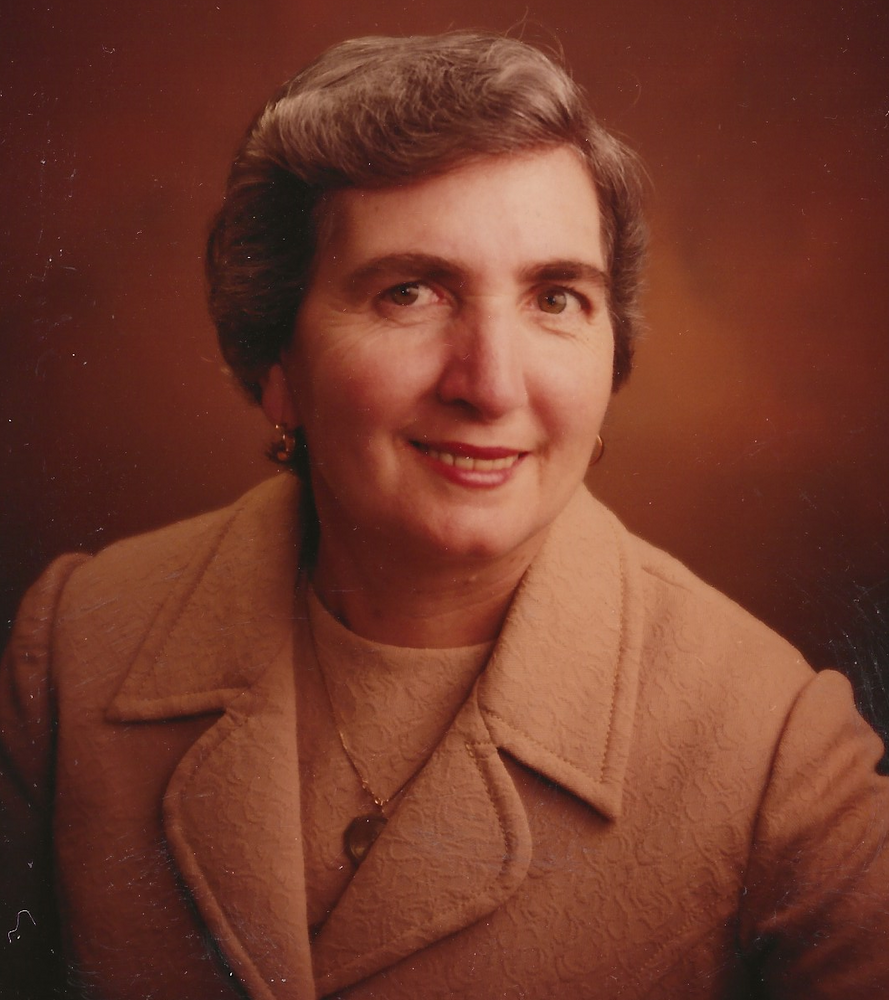 It is with great sorrow that we announce the loss of our beautiful mother, Maria Stella Flores, born November 6, 1931 in San Vito Lo Capo, Sicily. Her parents were Giuseppe and Antonia (Loria) Peralta. She had one sister who she was very close to, Caterina (Peralta) Peraino. Everyone who knew this family remembers their good hearts and good nature.

After primary school Maria Stella attended classes held by the nearby convent. There, she learned how to count and cut linen squares to make intricate designs, tatting, and enhancing her sewing skills. She was a talented knitter.

In 1950 she met and became engaged to her future husband, Giuseppe ‘Pippino’ Flores. In 1957, they married in San Vito Lo Capo, Sicily. Giuseppe was a commercial fisherman in Lemington, Canada. After the marriage, Maria Stella followed. While in Leamington, she worked processing tomatoes for the Heinz Tomato Factory. In addition, she processed and fileted fish for the local fisheries. Lemington became a home of many of their relatives and lifelong friends. Then, in 1960 and 1963 she had two sons: Antonio ‘Tony’ and Giuseppe ‘Joe’. The family returned to San Vito Lo Capo, Sicily in 1970.

In July of 1977, the family made their new home in Monterey, California. She, Giuseppe, and their two, now teenage sons came to America - joining others of Giuseppe's family in Monterey. While starting this next stage in her life, Maria Stella, again, chose to work. Over the coming years, Maria worked for Paris Bakery and for the Pennisi Family while fileting and processing fish.

Maria Stella adored her family. She was known for being an amazing cook and for keeping the recipes and traditions she learned in her childhood alive. Her expertise extended to freshly made pastas, sauces, and breads to name a few. She adored her religion as a devout Catholic, and she retained an active social life including daily conversations with her friends who she loved to entertain in her home. Many would see her walking from Spaghetti Hill to the cemetery, to the grocery store, and back home. She was a very strong lady.

She had a special place in her heart for every animal she found. She adopted every neighborhood cats regardless if they were homeless or visiting, feeding them all. They became members of her family, each with a unique name, specifically for Maria to call them. The love of her dog, Bow-bie, in Sicily never faded and was later accompanied by the love for her housecat, Micetta.

In 1990, she was blessed with her first grandchild and became a nonna. By 2002, she had six grandchildren in total; each of which she created a special relationship. In her role as a grandmother, she also adopted in her heart the friends of each grandchild. Everyone, regardless of how she met them, knew her as, "Nonna".

Tragically in 2002, Maria Stella's husband, Pippino, passed away while the both were visiting San VIto Lo Capo. Now, we, her family, believe Nonna and Nonno are happily reunited and making-up for the time lost. Going forward, they will be able to share in each of our family members' milestones together while in spirit.

We, as a family, have been very blessed with the love and support of the caregivers whom Maria Stella spent time with daily. Each caregiver has seen her through the years with great blessings and atrocities. We could not have asked for a better team to love her, and to them we thank you, all!

Maria Stella is survived by her sons, Antonio and Giuseppe Flores; as well as their respective wives, Debora and Stephanie. She is also survived by her grandchildren Giuseppe Benedicto, Stella, Katerina (and her fiancé, Travis Lee), Gianni, Sabrina, and Giuseppe Roberto. In addition, she is survived by her only sister's family: Antonio and Enza Peraino of Canada, Anna Peraino of Sicily, and each of their families. She is also leaving Pippino's brothers, sisters, and their families. She has many friends, cousins, relatives, and Godchildren in the USA, Canada and Sicily.

Preceding her in death was her husband of 45 years Giuseppe ‘Pippino’ Flores; her parents, Giuseppe and Antonia Peralta; her sister and brother-in-law, Caterina and Vito Peraino; and Pippino's parents, siblings, and nephews.

She will be greatly missed.

To send flowers to the family or plant a tree in memory of Maria Flores, please visit Tribute Store
Friday
21
January

Share Your Memory of
Maria
Upload Your Memory View All Memories
Be the first to upload a memory!
Share A Memory
Send Flowers
Plant a Tree