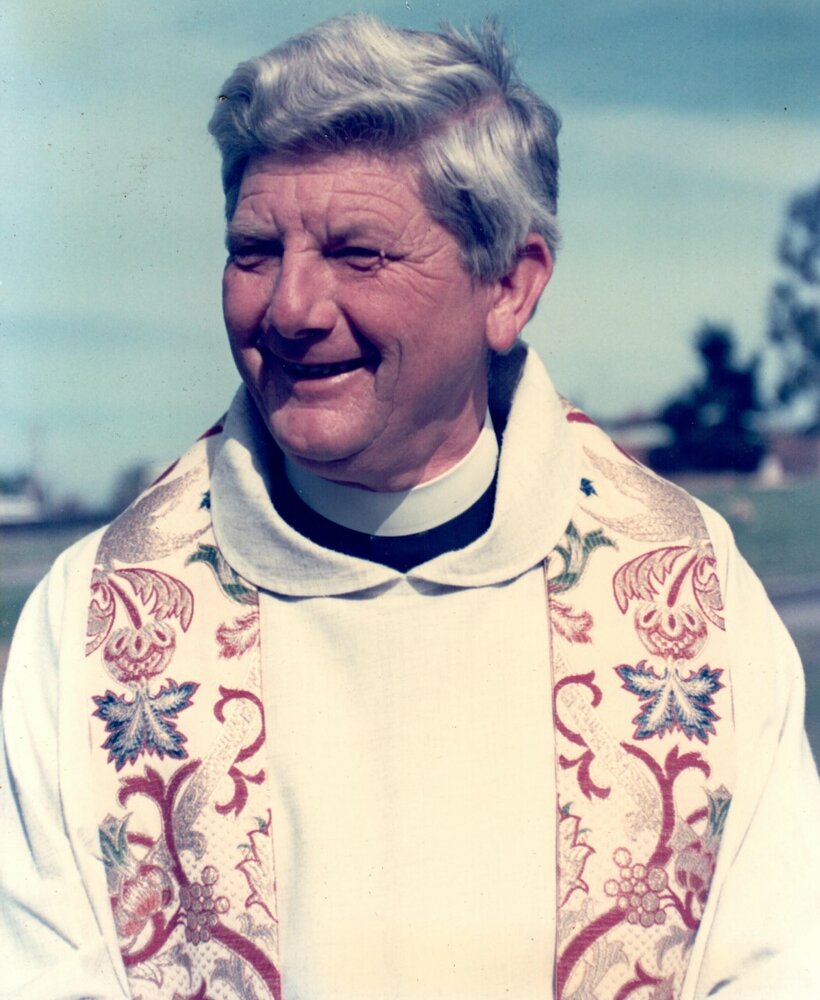 Rev. Joseph Eden Parshall passed away January 12, 2022, in Seaside, CA. Born May 29, 1934, South Dakota to Gertrude and Barton Parshall, and was Married to Harlean M. Parshall for 58 years.

Joe was head of the debate team in high school, where he met the love of his life Harlean. He did a weekly Youth for Christ radio show, and Harlean played the organ during the show. During their marriage they were blessed by the birth of three daughters, Janie, Lori, and Diana. While attending Life Bible College he met Paul Woudenberg, who got him into the Methodist Church and talked him into going to Clairemont School of Theology, where he graduated in 1965 with a master’s degree in theology.

Throughout his ministry, Joe served at Paramount UMC, Los Arcos UMC, Santa Monica UMC, La Crescent UMC. Joe enjoyed all aspects of his ministry but had a special interest in dealing with the bereaving families he served. Then in 1974, he took a leave of absence and Managed Gates, Kingsley, and Gates Mortuary in Santa Monica.

1978 Joe decided to go back into the ministry, moved to the Monterey area and served a dual appointment at Hilltop United Methodist Church in Seaside, and Marian UMC. During his time at Marina UMC he built the current building that they worship in. After retiring from the United Methodist church, he taught Sunday school at Pacific Grove UMC, and later went back into the ministry and served at Church of the Oaks, Congregational church in Del Rey Oaks.

Joe is survived by his daughter’s Janie Moore (Bill), Diana Camba (Richard), son-in-law Ben Gompers, brother’s Bart Parshall (Sally) and Mike Parshall (Susan), 8 grandchildren, 10 great grandchildren, and 7 nieces and nephews. He is proceeded in death by his wife Harlean, daughter Lori, parents Barton and Gertrude, brother’s Max and Paul, and sister Sharon. Joe will be missed by all those who knew and loved him.

A Celebration of Life will be held at Faith Lutheran Church 1460 Hilby Ave, Seaside on Sunday March 20, 2022, followed by burial at Mission Memorial Park.

To send flowers to the family or plant a tree in memory of Joseph Parshall, please visit Tribute Store
Monday
24
January

Share Your Memory of
Joseph
Upload Your Memory View All Memories
Be the first to upload a memory!
Share A Memory
Send Flowers
Plant a Tree