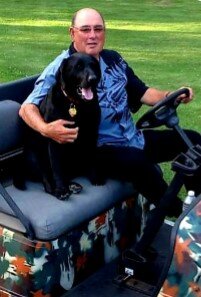 It wasn’t time for him to leave. He had more projects to organize, more people to charm, more life events to orchestrate, more stories to share. Kelly never lacked things to do, was never at a loss for words.

He was born in the old Carmel Hospital to Velma Leandro and Merrill Clifton Roper. Raised in Seaside, Paso Robles, and San Jose, Kelly and his older sister Merrillana began their school years at Carmel Mission’s Junipero Serra School. Many years later, he took great delight during August car week in showing one of his spit-polished, tricked out cars in the Courtyard’s Carmel Mission Classic. Following grade school, there were a few years in Paso Robles before the family settled in San Jose where Kelly took his junior year at Willow Glen. For his senior year he and the many lifelong buddies made while there were moved to the new Pioneer High School in the Almaden Valley. This core made up Pioneer’s first graduating class. 1961. It was at Pioneer, that the tall, Elvis look alike, with the big reputation, and the fast car met the shy, sweet Kathy Johnson in her senior year. Kelly quickly became her super hero – the 60 year love of her life.

Observing promise and gifted mechanical skills in his young nephew, Kelly’s uncle George Wilson, invited him to join Wilson Plumbing in Pacific Grove as an apprentice. It was while attending their five ear apprenticeship school that a classmate, Greg Aeschliman, responded with “Fixing the brakes on my VW,” to Kelly’s question, “What you doing this weekend?” Kelly, Car Man, and a new family man, offered to help – it became a lifelong pattern. Fast forward a few years – it’s 1974 – and Kelly and Greg, along with wives Kathy and Robin, launched A&R Plumbing. Which grew from the kitchen table and a small metal file box 10” x 13” x 6” to overflow several cabinets, outgrow a building, wave goodbye to typewriters, and wear-out several computers, among other things.

Quite early on, in what would become both a rewarding friendship and successful business relationship, Kelly tried to convince Greg that cars were ‘the thing’. It didn’t take. Greg wasn’t a car man. Instead, he convinced Kelly that he should join his skin-diving outings. That was a take. Before returning to his true passion of zoom-zoom, Kelly and Greg served on Pacific Grove’s 1960’s Marine Rescue Patrol – both were NAUI divers. For many of those early years, beach or backyard potlucks featuring the catch of the day – from halibut to abalone – punctuated memorable diving outings and camping trips up and down the California Coast. He and Greg, who died in July, are having a romp of mischief in the great beyond.

Kelly readily helped, expertly solved problems, eagerly shared, and always initiated a hearty laugh. His gift of welcoming all grew to include a heap of close and admiring friends. All became family. During his 77 years, he came to be known as Mayor of this and that – the business, the Monterey Builders’ Exchange, his beach buggy group, summer motor boaters, the 49er tailgaters, his car club, his small North Salinas rural neighborhood, his Duck Club, his fun-loving motorhome wanderers. As leader, one of his daughters or grandchildren riding shotgun “a thousand miles from nowhere,” the caravan explored the bumpy roads of Baja and the oh-so-cold and spectacular beauty of Alaska…zigzagging across the United States to interesting stops in between – often returning to Mexico – a favorite destination.

A diagnosis of cancer is a wake-up call. Terminal, devastating. Kelly didn’t give in or give up. He fought. He used his remaining too short time to dot “every ‘I’, cross every ‘T’”… and complete his pride and joy – the family compound in his rural Salinas neighborhood. His children, Michelle Roper, Shannon and Michael Petty, and the grands, Danielle and Michael Petty II, hold dear and abundance of special memories – driving the quads about the property, building thingamajigs in Pap’s den-of-wonders workshop. All have successfully carried on the plumbing business and the life lessons learned from Papa. His last words to the family were, “Take care of Grammie.” Kelly leaves several beloved cousins, a sister-in-law, a niece and nephew, brothers-in-law, his sister Merrillana Stammerjohan and her husband Marvin and their two sons and grandchildren – and Kathy, his wife, lover, and best friend, “the light of his life.” The spirit of Merrill Kelly Roper lives.

Donations in memory of Kelly are suggested to Hospice of the Central Coast, 2 Upper Ragsdale Drive, Monterey, or a preferred charity.

To send flowers to the family or plant a tree in memory of Merrill Roper, please visit Tribute Store

Share Your Memory of
Merrill
Upload Your Memory View All Memories
Be the first to upload a memory!
Share A Memory
Send Flowers
Plant a Tree