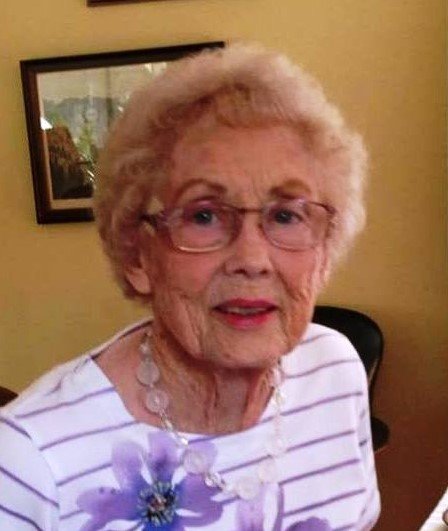 SALINAS - Virginia Dulcie Long (Ginny Long) of Salinas, CA passed away at the age of 93 on August 9, 2021 after progressively declining health.

Ginny was born in Lincoln, Nebraska on October 14, 1927 to parents Robert Allen Hardin and Gladys Ida Starkey Hardin. In 1936 the family moved to Norman, Oklahoma. She graduated from Oklahoma University High School in 1944 and then entered the University of Oklahoma Engineering School at the age of 16, at a time when few women entered the architectural field. She then graduated in 1949 as an Architectural Engineer.

In 1950 Ginny married Bruce E. Long and traveled with him as he was recalled into the Air Force during the Korean War. She lived in Arizona, California, Texas, Ohio, Japan, and Hawaii during this time.

Ginny worked for architects in Oklahoma City and Santa Barbara, CA and later in life worked as a Real Estate Agent with Century 21 Advantage, until retirement.

Ginny loved gardening, bird watching, water-coloring, knitting, photography, and traveling. She was a past Worthy Advisor of the Rainbow Girls, a life member of TROA, and a member of Valley Art Gallery in Salinas, CA.

Ginny was preceded in death by her husband Bruce Long in 2001. She is survived by her son Ronald Long (Carol) and by her daughters Linda Wurster (Fred) and Sharon Ceja (David). She has several grandchildren, Randy Allen Rohr, Annette Marie Yegge, Richelle Rohr, Nicholas Wurster, and Alesia Moreno. She also has great-grandchildren Francis, Anastasia, Flint, Aleksa, Brandon, Chloe, Sean, and Ryan as well as numerous nieces and nephews.

A graveside service will be held on Saturday, August 14 at 10:00 am in the San Carlos Cemetery in Monterey, California.

In lieu of flowers, memorials can be made to Salinas Valley Art Gallery (Salinas, CA), Meals on Wheels, Eden Valley Care Center (Soledad, CA), or the charity of your choice.

To send flowers to the family or plant a tree in memory of Virginia Long, please visit Tribute Store
Saturday
14
August

Share Your Memory of
Virginia
Upload Your Memory View All Memories
Be the first to upload a memory!
Share A Memory
Send Flowers
Plant a Tree