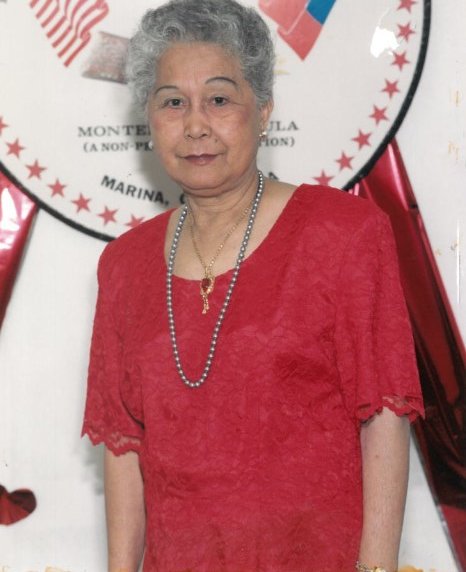 She was a military wife and spent approximately sixteen years overseas. She later worked for the local community center as a caretaker for the elderly while preparing and delivering meals to its senior citizens.

She was a life-long resident of Seaside. She moved to Seaside when her beloved husband, SFC Charles Griffin Sr. was posted at nearby Fort Ord, CA. Gloria was an active member of the Filipino-American Club in Marina CA, and St. Francis Xavier Church, Seaside, CA.

She enjoyed traveling with her late husband, playing bingo, tinkering in the garden, and by all accounts was a very wonderful dancer. Friends and family will remember Gloria’s great love of her animals, especially the many chihuahuas she owned in her lifetime.

Gloria is survived by her daughters; Priscilla Rodriguez, Amanda Griffin, Estella Griffin, and Yolanda Napoleon, her sons; Johnny Griffin, Charles Griffin Jr., and Amien Griffin. She is also survived by Her late Husband’s sister Anne Matthews and her daughter Karen Matthews. Her late sister Anita’s son, John Williams Jr., and another sister Anisa (deceased) son Rudy Delacruz. And Gloria’s son Ronald Griffin, who passed away recently, his son Ronald Namone Griffin Jr.,  and the many beloved nieces, nephews and grandchildren. Including, for a brief time, her last beloved chihuahua ‘Sprite’ who followed her in death one week later joining Taco and many of her beloved pets in heaven.

To send flowers to the family or plant a tree in memory of Gloria Griffin, please visit Tribute Store
Saturday
26
June

Share Your Memory of
Gloria
Upload Your Memory View All Memories
Be the first to upload a memory!
Share A Memory
Send Flowers