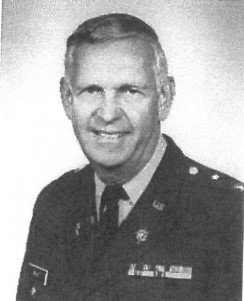 Russ was a Colonel in the United States Army; and during his 40 years of active and reserve duty he received multiple decorations including the Meritorious Service Medal, Army Reserve Components Achievement Medal, National Defense Service Medal, Korean Service Medal, Armed Forces Reserve Medal, and United Nations Service Medal. He served in the Korean War and returned to service briefly during Desert Storm.

Russ graduated from Emporia State University with a degree in business, and his career included working with the Atomic Energy Commission and as a real estate broker.

Russ married his favorite school teacher and the love of his life, Lucille (Lucy) Marie Iames, from Sacramento, CA in 1955, and they celebrated 59 years together before her passing in 2014.

Russ was predeceased by his wife, Lucille Wiley, their only son who passed as an infant, his parents and seven brothers and sisters. He is survived by his brother, Cloyce Wiley, from Kansas City, KS, various nieces and nephews and numerous caring friends.

At his request no services will be held; and inurnment of ashes will be at Golden Gate National Cemetery in South San Francisco. Arrangements will be made by Mission Mortuary in Monterey, CA.

To send flowers to the family or plant a tree in memory of George Wiley, please visit Tribute Store