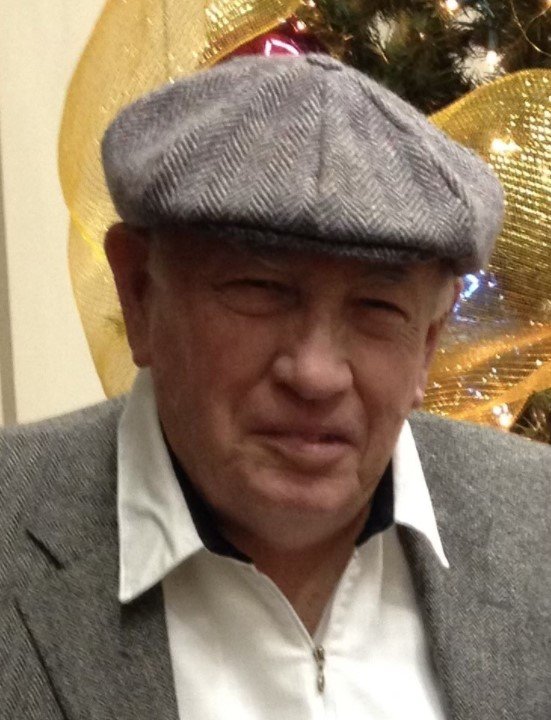 Robert James "Woody" Woodward December 29, 1934 – May 25, 2021 Resident of Monterey, CA Robert James Woodward of Monterey, CA passed away peacefully on May 25, 2021 after months of heart and kidney challenges. He was born on December 29, 1934 at the Carmel Hospital – the only child of Herman Allan and Ruth McGown Woodward. Woody is survived by his wife of 66 years Marian Viola (Drake); daughter Cynthia and son-in-law Cedo Gospodnetich; daughter Susan Woodward; son Stephen and daughter-in-law Terri Woodward; grandchildren Amanda (Greg), Adam, Garret (Susie), Logan, and Emily; and great-grandchildren Waylon, Maggie, Bradley, and Thea. He was Woody, RJ, Dad, Papa, and GPapa to his family and close friends. Woody graduated from Monterey Union High School on June 6, 1952 and then from Monterey Peninsula College with an Associate in Arts degree. He enlisted with the US Air Force on April 23, 1954 and moved to Forbes Air Force Base in Topeka, Kansas. He made a quick trip back to Monterey and married Marian on December 27, 1954 and, soon after, they returned to Kansas to start their married life together. Woody received an Honorable Discharge on January 22, 1956 and they immediately returned home to Monterey. Woody began his 32-year career with Pacific Telephone & Telegraph (“Ma Bell”) and secured an early retirement on December 30, 1987 from his position at the Monterey Central Office on Franklin Street as a Regional Manager for four counties – Santa Cruz, San Benito, San Luis Obispo, and Monterey. An early retirement allowed him to spend more precious time with his family and friends. Woody was a life-long resident of Monterey – “Utopia” was how he referred to his birthplace. He was happy to tell many stories of Monterey’s history and culture to those who wanted to know how life was in the early days on the Peninsula. Having spent his childhood growing up on Franklin Street (between Clay and High), on many occasions he was provided with the thrill of riding his bike down Franklin Street to the wharf to fish a few crabs out of the water so his mom could prepare them for dinner. Woody loved to trouble-shoot and did so in many capacities – always passing on his ideas and wisdom to those around him. He was a builder/carpenter at heart and spent many hours building cabinetry, hope chests, fishing poles, etc. for his family and friends in his “workshop” at home. When he wasn’t in Monterey, he could be found with family and friends on the family property at Eagle Lake. As the captain of his boat, fishing on the lake was one of his favorite pastimes. There were numerous hours playing 500 with family members and good friends. Mostly, Woody loved watching any and all competitive sports in which his children and grandchildren were participating. Also, numerous rides around the bay/ocean allowed him the chance to see how much things were changing within Monterey and the surrounding areas. On his rides, he frequently noted his disappointment of the decline of the Monterey forest and health of the trees that make Monterey so beautiful. He would share his wish with others on the ride that the forest and trees would bounce back to provide future generations with their awe-inspiring wonder. During their retirement, Woody and Marian enjoyed traveling and attending family functions. Through all of their travels, Woody let everyone know that the number one destination point continued to be Monterey, CA. The family would like to thank our friends/extended family for their kindness and compassion over the years and during our loved one’s recent medical challenges. A private family service will be held at Mission Mortuary Park in Seaside. To send your condolences or share a memory, go to Mission Mortuary Tribute Wall. In lieu of flowers, please consider donating to the Salvation Army.

To send flowers to the family or plant a tree in memory of Robert Woodward, please visit Tribute Store

Share Your Memory of
Robert
Upload Your Memory View All Memories
Be the first to upload a memory!
Share A Memory
Send Flowers
Plant a Tree