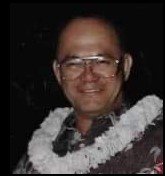 James passed away peacefully in his home and enters the gates of heaven now joining:

James is survived by his wife of 62 years: Lorraine Pualani Phillip

James was born in Kohala, Hawaii, a 1955 High School Graduate in Kohala, and was in the Hawaiian National Guard. He was very active in sports as a young man, he played volleyball, basketball and loved bowling. James entered the Army in 1953 and served in the United States Army for 23 years. He completed his military career as a Sergeant First Class. His most distinguished accomplishment was being a Drill Sergeant in the 7th Infantry in Fort Ord, California. Additionally, he served in Vietnam and a 2 time Purple Heart recipient. He traveled throughout the world being stationed in Hawaii, Fort Polk, Louisiana, Berlin and lastly Fort Ord, California. After retiring from the US Army, James worked at various positions from Fort Ord Federal Police to Traffic Management Office at the Defense Language Institute (DLI) as a Transportation Management Specialist in Monterey, California completing his civil service of 20 years. James enjoyed gardening, loved his roses, apples trees and bird of paradise. James favorite hobbies were CB Radio, photography , auto mechanic, listening to Hawaiian Music and mostly watching Chinese kung fu movies. James traveled from Hawaii, Big Island, Colorado, Idaho and Arizona to spent time with his OHANA. In 2006, James met his daughter Cynthia Kahakui for the first time after Cynthia’s lengthy search to find James, her biological father. James had the warmest hugs and will be missed dearly.

To send flowers to the family or plant a tree in memory of James Phillip, please visit Tribute Store
Friday
2
April