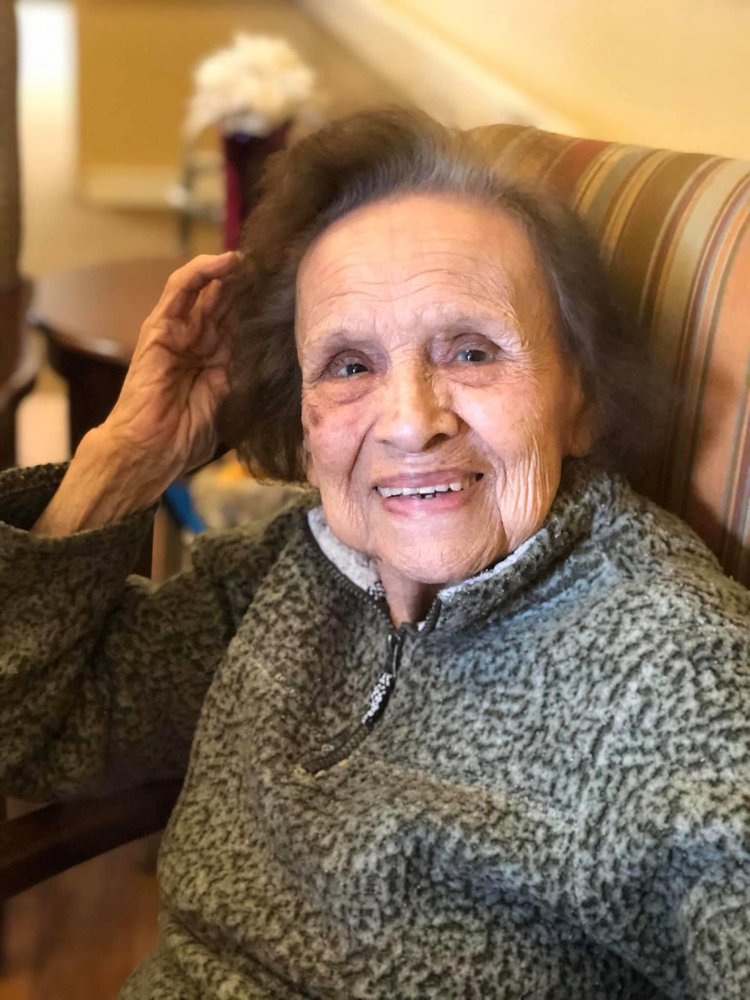 Obituary of Virginia A. Lucero

Virginia Alvarado Lucero died February 22, 2021 at the Brookdale Senior Living community in Salinas, surrounded by her children. She was 94 years old.

Born December 6, 1926 in Gonzales, Calif., Virginia was christened Dionysia Angela by her parents, Angela Hernandez and Pedro Alvarado. She said her father gave her the nickname Virginia because he thought her dark hair made her resemble the Virgen de Guadalupe.

Virginia always vividly recalled her 15th birthday party, a celebration that was interrupted by news of the bombing of Pearl Harbor. With her brothers off to fight in World War II, Virginia quit school — where she’d been a member of the glee club — and went to work at the San Carlos Canning Co. packing sardines. She remembered the whistles that would call workers to the cannery whenever boats would arrive with a fresh catch.

She then worked at the Rio Theatre, later called the Regency, where she often did shifts in the ticket box and eventually became head usherette. It was in 1946—when Alvarado Street was painted gold in honor of the centennial of California’s seizure from Mexico—that she recalled meeting her future husband, Daniel Lucero, who was performing in the street with his band Mariachis Monterey. He flirted by repeatedly asking her for the time, despite a large clock tower in view of the ticket box at the Rio.

The couple eloped in 1947, exchanging vows at a courthouse in Colusa on Daniel’s birthday. They lived for many years on Encina Avenue, where their home was a gathering spot for neighborhood kids, as well celebrations that often led to impromptu mariachi sessions that almost always included a rendition of “Volver, Volver.”

Virginia was famous among family and friends for hosting an annual tamalada in December, where she carefully supervised the spreading of the masa on the hojas as her loved ones assembled dozens of tamales.

She is survived by her brother, Pete Alvarado; her son, Daniel J. Lucero (Kathy); and daughters Rebecca Bathurst (John); Rachel Lucero; and Rosalinda Asuncion (Roger); along with numerous grandchildren and great-grandchildren.

We ensure cremation &amp; funeral services as unique as your loved one. Learn more about our funeral home near you.

to offer condolences or send flowers.

Services are being kept small and private due to the pandemic. A celebration of life will be held at a later date.

To send flowers to the family or plant a tree in memory of Virginia Lucero, please visit Tribute Store