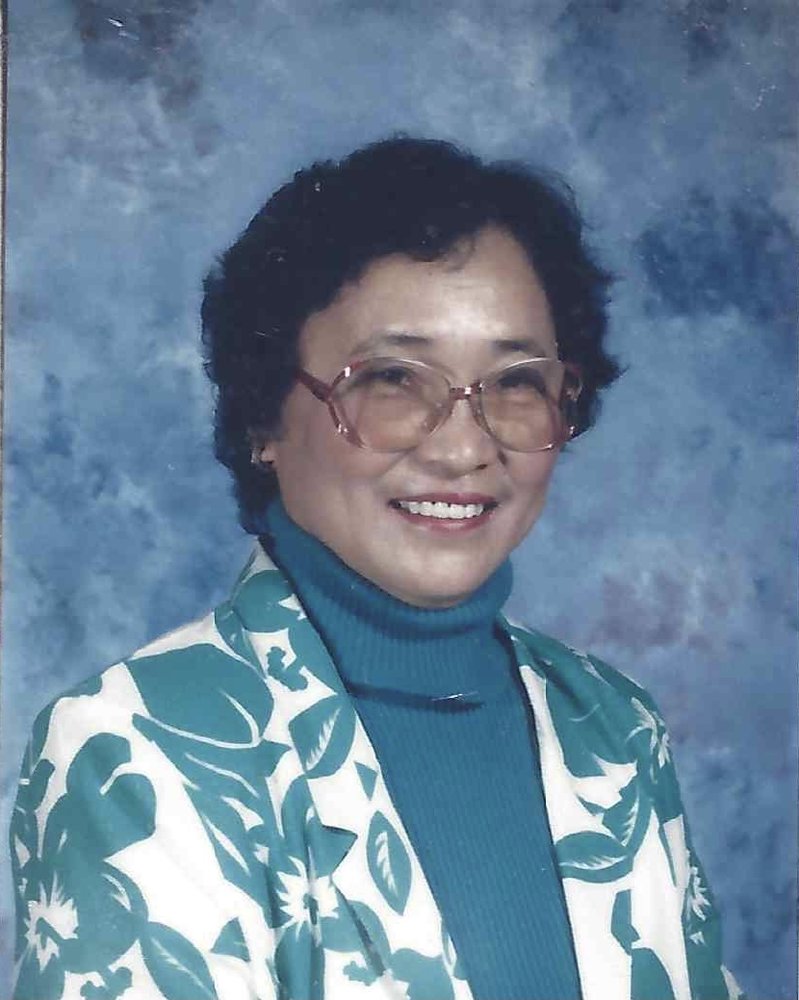 Valentina was born to Sotero and Rufina (Dizon) Guevara in the town of Masantol, Pampanga, the Philippines on November 4, 1923. A senior in High School at the beginning of World War II, Valentina was forced to put her college plans on hold until after the liberation of the Philippines. Ultimately, she graduated from the University of Santo Tomas in Manila with a B.A. in Education.

Upon her graduation, Valentina returned to her home province of Pampanga to teach High School at the Pampanga Institute. She taught History, Literature, Science and Tagalog for nine years, two of which were served in the dual role of Teacher-Principal.

On June 12, 1957, she married Delfin M. Musni and relocated to the Monterey Peninsula where her husband served with the US Army at Fort Ord. She and Del had two children, John and Catherine.

When her children were both of school age, Val found employment at the Post Exchange on the former Fort Ord, but her desire to teach never dissipated. After reading a newspaper article about Mrs. Charlie Knight and her work with the Monterey Peninsula Unified School District's (MPUSD) Internship Program, Val knew she had found a way back to the classroom. She completed an application, was recruited by MPUSD and in 1969 became a fourth grade teacher at Del Rey Woods Elementary School in Seaside. Val completed her California Life Teaching Credential at San Jose State University, earned a Master's Degree in Education through Goddard College and eventually retired from teaching in 1989.

Valentina was known for her ever present smile, her deep spirituality and her positive attitude. Her favorite saying was, "If you can't say anything nice, don't say anything at all." In her last years, she enjoyed doing word searches "to exercise her brain", dancing the cha-cha with her walker and eating (her latest discovery) doughnut holes, because "they sure taste better than the big ones". When asked if she had a message for those whom she would leave behind, Val pondered a few moments and replied, "Good bye, everyone! I had a good life, but everybody has a time to go. I'm thankful that I had a long life."

Valentina was preceded in death by her parents, her five siblings and her beloved husband, Delfin. She will be dearly missed by her survivors: a son, John (Luisa) of Salinas, a daughter, Catherine (John Orfield) of Carson City, NV; four grandchildren, Geoffrey Musni, Nicholas Musni,

In accordance with current restrictions, private services will be held.

To send flowers to the family or plant a tree in memory of Valentina Musni, please visit Tribute Store

Share Your Memory of
Valentina
Upload Your Memory View All Memories
Be the first to upload a memory!
Share A Memory
Send Flowers
Plant a Tree