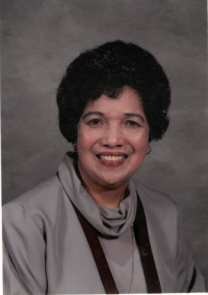 Lucita Guevarra Nuqui, went to be with the Lord on Sunday evening, January 3, at home after a battle with kidney disease at the age of 97. All of her children were at her bedside when she departed peacefully. She was born in the Philippines to Luis and Victoria Guevarra who preceded her in death. Her family settled in Monterey County when her husband, Primo, was stationed at Ft. Ord in 1957.

The family wishes to thank her doctors Dr. Jill Tiongco and Dr. Jeffery Chen. A celebration of life will be announced at a later date when it is safe. Funeral arrangements are being made by Mission Memorial Park & Seaside Funeral Home.

To send flowers to the family or plant a tree in memory of Lucita Nuqui, please visit Tribute Store

Share Your Memory of
Lucita
Upload Your Memory View All Memories
Be the first to upload a memory!
Share A Memory
Send Flowers
Plant a Tree