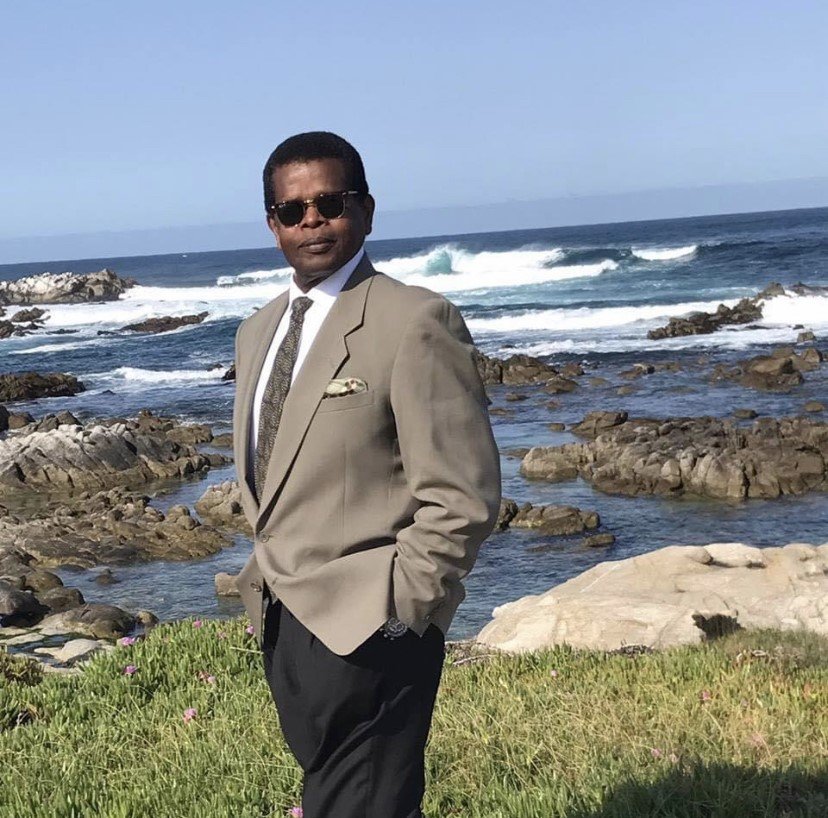 Avril Contantine Campbell was born in the western parish of Hanover in Jamaica West Indies on November 14, 1948 to parents Justin and Dorris Campbell who predeceased him. Avril Campbell is survived by his wife, Monina Rufo-Campbell; His sisters, Monica Campbell, Thelma, Evadney, his brothers Alva and Noel, and also his Aunt Egla; His predeceased cousin, Helen Hosten; His step daughter, Carina Benisek; His daughter Allison Moore; His son Avril Campbell and his step-son, Brandon Eric Enoex. Avril passed away in Monterey, CA on December 18th at 11:00pm, PST.

He grew up in the Haughton Court community and attended Mt. Moriah Baptist church where he was baptized by the late Rev. Sebert McKoy in 1964. As a youngster he was actively involved in the youth ministry of the church. His humble demeanor, his early conviction and his unwavering faith in God held relentless until the time of his passing.

His formidable years were molded at the Riverside Primary school then extended to the Frome Senior school in Westmorland. It was while attending Senior school that he developed a love for cycling, as it was the norm for male students to ride miles to school.

Shortly after completing Senior school he moved to the capital city of Kingston to live with his aunt Lorris and worked at the Bardowels Fabric outlet for a short stint. While in Kingston he became intrigued with the officers of the Jamacia Defense Force as they made their regular patrol. Being the disciplined young man he was, saw this as a grand opportunity to attain a profession and serve his country. He applied, did his interview and was enrolled on the 1st Battalion of the Jamaica Defense Force. (J.D.F.) He served in the JDF with much pride and joy and would often pay surprise helicopter trips to his childhood community to serve their country. In 1974 however, he felt the urge to explore new horizons so he resigned from the JDF and went on to reside in New York.

Avril was a “one of a kind” guy, who loved life and cherished family; one who enjoyed cooking, his favorite West Indian meal being: Oxtail, Ackee & Saltfish, Fried dumplings and Cornmeal porridge.

Avril Campbell ended up having his own family after spending many years in the US; He married his wife, Monina Rufo-Campbell at the age of 56 in Las Vegas, Nevada on April 23rd, 2005. He was a father that loved cooking and absolutely loved barbecue. He took pride in tending to his wife by making meals throughout the day, keeping the house tidy, keeping the bills paid on time and keeping her clothes ironed. After retiring from the Venetian Hotel & Casino, Avril and his wife moved from Las Vegas to Monterey, CA. He was eventually followed by his two sons and acquired another loyal companion in the form of a dog named Buddy Campbell. Avril Campbell would spend his remaining days doing volunteer work at the community Hospital and visiting the beach for some personal downtime. His final days were spent in the comfort of his own home; with his loved ones on his bed listening to the sweet sounds of the ocean waves and abundant prayers.

Words are insufficient to describe Avril but this is who he truly was:

If love could have saved him, he would be here forever but after years of toil, God lovingly gave him rest. We have lost a husband, a dad, a brother, a nephew, an uncle, a favorite cousin, mentor and friend but we are assured he is now in a better place so:

To send flowers to the family or plant a tree in memory of Avril Campbell, please visit Tribute Store
Saturday
9
January

Share Your Memory of
Avril
Upload Your Memory View All Memories
Be the first to upload a memory!
Share A Memory
Send Flowers
Plant a Tree