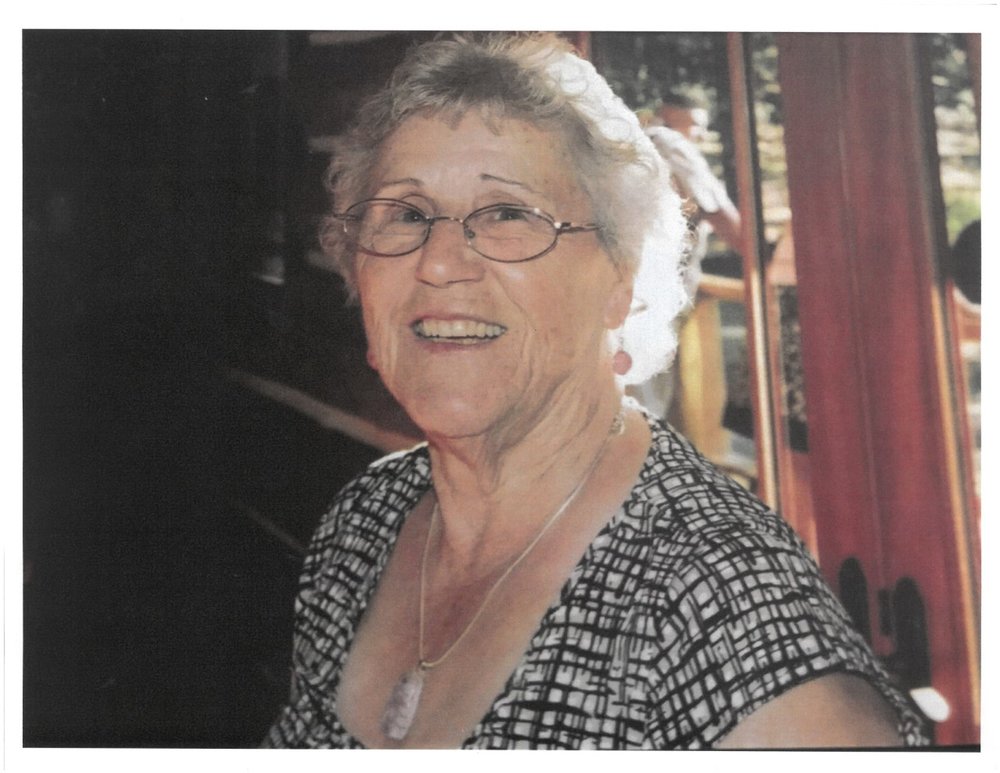 Norma Ruth (Jones) Williams, born November 17, 1932 passed away peacefully in her sleep under the loving care of Community Hospital of the Monterey Peninsula Nurses on November 8, 2020. Norma Ruth Williams, (Grandma Norma, Mom, Aunt Nina) is survived by her children: Alan (Linda), Tom (Kathy), Karen Maynor, Terry Textor (Todd), 9 Grandchildren: Tiffany Kennedy (Jon), Joe Williams (Matt), Justin Williams, Dale Maynor (Caroline), Camron Maynor, Dolly Hall (Tom), Dove Leathers, Camille Williams, Clover Metz (Alan), 18 Great Grandchildren: Morgan, Madison, Thomas, Connor, Carter, Aaron, Noah, Ashton, Quincy, Wyatt, Hannah, Tommy, Lyla, Isabella, Daphne, Jessi Ray, Jaime and Nick, and 1 Great-Great Grandchild: Carson. She is also survived by her sisters, Rita and Maxine, her brothers Roy “Tad” and Jack and many nieces and nephews. Norma, one of nine children, was born to the late James Wesley Jones and Dollie Elizabeth (Panell) Jones in Arkansas. January 5, 1952, she married Tom Williams and later moved to California (Lassen, Sierra and Plumas Counties) where they began their family, finally setting roots in Quincy—a town that she loved. Norma was an active member of the Quincy Church of Christ, until she relocated to Monterey in 2019, where she lived with her daughter. Norma started at an early age working in the fields farming with her dad; this is where her diligent work ethic was ingrained into her daily routine. She loved to share the story that she chose to work in the fields with her dad, instead of staying inside and putting on makeup with her sisters. When sharing her childhood stories, she made a point to let everyone know that she was the first girl at school to wear pants. While Norma did not have a career outside of the home, she did take her job as “homemaker/stay-athome-mom” very seriously. But do not let that phrase fool you, she was far from a “stay at home mom.” She was always on the go, from leading 4-H groups for her children, teaching them the jitterbug, and driving them, along with the neighborhood kids to the butterfly valley swimming hole (a tradition that she continued with her grandchildren). She cared deeply for her family and neighbors. She did this not out of obligation, but because of who she was. She continued her active involvement with her grandchildren and great grandchildren, driving to wrestling matches, attending sporting events, teaching them to drive, making snowmen, playing catch, you name it—she did it. Norma was a devoted mother and grandmother. She was very proud of her family. Norma loved holidays and family get-togethers; any chance to spend time with her family was important to her. Norma Ruth (Jones) Williams (Grandma Norma, Mom, Aunt Nina) will be missed by all. She was a hardworking, feisty, independent woman. Norma was preceded in death by her husband Tom, parents James and Dollie, brothers, Dee, Owen, and Raymond, sister, Alice Lee and Great Grandson, Baby Jack. At her request, no services will be held, but a private family gathering will occur at a later time. Condolences can be mailed to 151 Surf Way, Apt. 30 Monterey, CA 93940. In lieu of flowers, should friends desire, Norma’s family asks that memorial contributions be made to the Alzheimer’s Association. www.alz.org

To send flowers to the family or plant a tree in memory of Norma Williams, please visit Tribute Store

Share Your Memory of
Norma
Upload Your Memory View All Memories
Be the first to upload a memory!
Share A Memory
Send Flowers
Plant a Tree