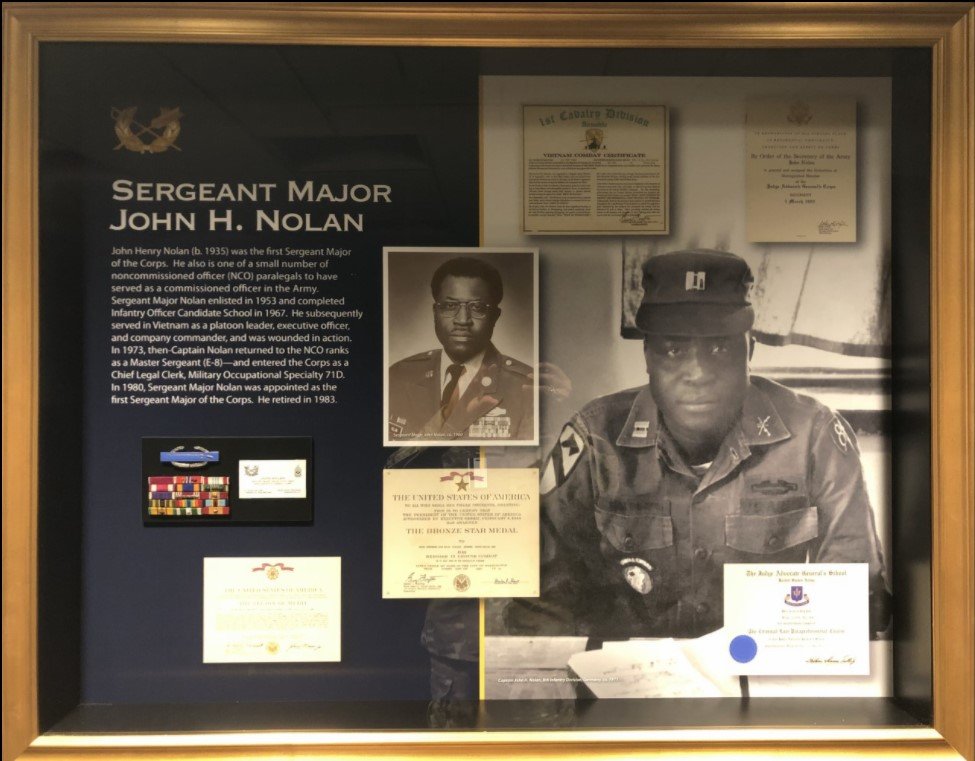 Born in Evergreen, Alabama on July 6, 1935, John was the youngest of eight children born to Moses and Fannie Nolan. After graduating from high school, John enlisted in the Army.  He then served in a variety of locations and assignments, including Fort Sill, Oklahoma; Fort Ord, California; Alaska; Germany; and Korea.  He met and married the love of his life Arlene (Benton) Nolan during a tour to Fort Ord.  He fondly said that after capturing her heart, he felt like he had landed on the  moon because she was so hard to get.

In 1966, serving as a Drill Sergeant at Fort Leonard Wood, Missouri, then Sergeant First Class Nolan was asked to volunteer for Officer Candidate School (OCS). Although he initially resisted, he reported to Fort Benning, Georgia, excelled in OCS (top leadership graduate), and commissioned as an Infantry second lieutenant. Upon deploying to Vietnam, Lieutenant Nolan served as a platoon leader and company commander in the 8th Cavalry Regiment, 1st Air Cavalry Division. He was wounded in action and received a Purple Heart. The Army was downsizing after the end of the Vietnam War, because there were too many Infantry officers, he was given the option of retiring or reverting back to his enlisted rank.  On February 29, 1980, Sergeant Major Nolan was selected as Senior Staff NCO, Office of The Judge Advocate General, the precursor to the position of Regimental Command Sergeant Major.  He earned a law degree from the Blackstone School of Law.  He retired from the Army in 1983 and worked as a Proceeding Clerk at the Commodity Futures Trading Commission until retiring in 1994.

He was a kind and gentle man that loved the Lord with all his heart.  Along with his wife, he served as a Deacon in ministries at every duty location.  John was called to be with the Lord at 85 years old on November 13, 2020 in Monterey, California. He was preceded in death by his wife, Arlene B. Nolan in the Spring of 2019 and most of his brothers and sisters and in-laws. He is survived by his Sister Cora (Mack), sister-in-law Wanda Deener, and over one hundred nieces, and nephews that loved him dearly.

Private services will be held on Monday, November 23, 2020 at Greater Victory Temple COGIC at 11am,  with full military honors following at Mission Memorial Cemetery at 1pm.

To send flowers to the family or plant a tree in memory of John Nolan, please visit Tribute Store
Monday
23
November