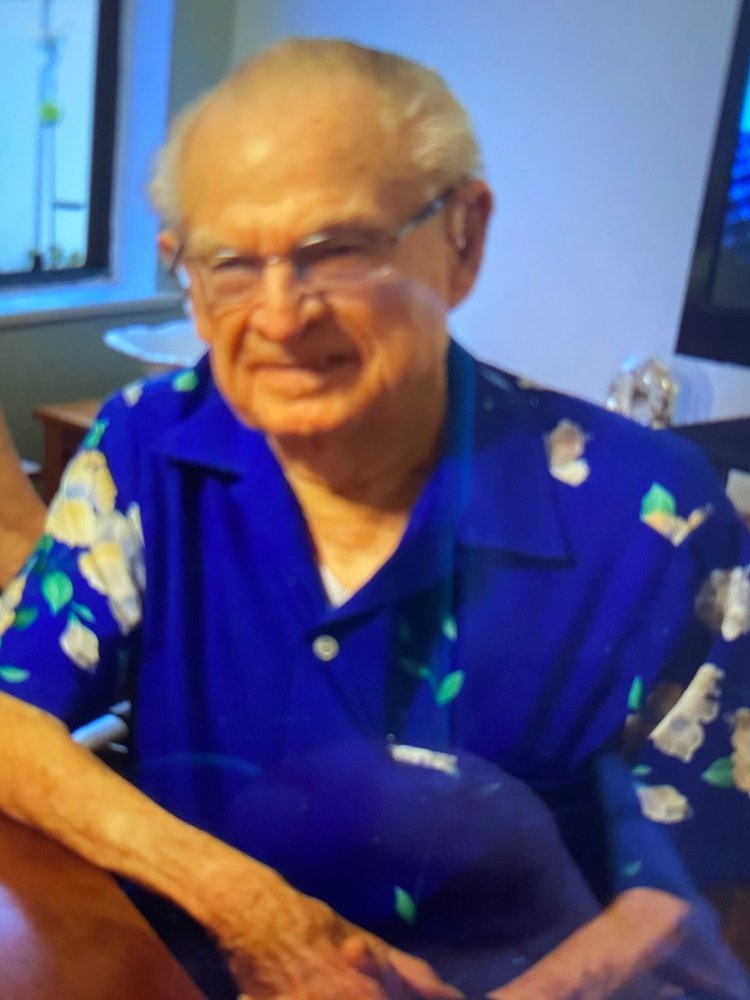 James Muller, age 100, passed away peacefully at his home with his daughter and granddaughter at his side. He was born in Honolulu, Hawaii. After serving in WWll and the Korean War he was transferred to Ford Ord on the Monterey Peninsula in 1954 and made it his home. After retirement from the military he worked for another 20 years for the State of California as a correctional officer at Soledad Correctional facility. He spent his retirement working with his wife, Sophie, at Red’s Donut Shop in Monterey and as an active member of the Seaside American Legion. In his free time he enjoyed golf, which he proudly achieved a hole in one at the Bayonet&Blackhorse Golf course. James is survived by his daughter Catherine McCoy, grandchildren Shawna Horrigan and Jason (Andrea) McCoy, great grandchildren Tyler Horrigan, Brooke and Miley McCoy. He was preceded in death by is wife Sophie, daughter Terry Ellen Sidener and son’s James and John. A special and heartfelt thank you to Doctor Evangelina Martinez and the VNA & Hospice.

To send flowers to the family or plant a tree in memory of James Muller, please visit Tribute Store
Wednesday
28
October