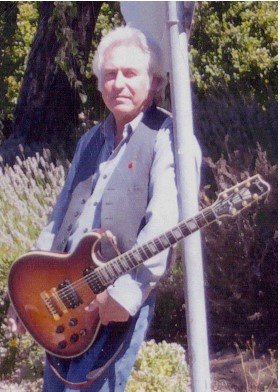 Steve Fox, age 70, of Carmel Valley died suddenly on Thursday October 1st in a single car accident. Steve was proud to say he was a 5th generation native of Monterey County and his paternal grandfather was one of the designers of Highway 17. As a teenager, Steve became an avid surfer and he also discovered and fell in love with music. He studied music theory and composition and later attended GIT (Guitar institute of Technology in Hollywood). He was deeply involved in rock music in the 1960s, 70s and 80s. He transcribed songs for the Moody Blues from their words with chord names to sheet music for song books. Steve was a teacher of guitar, voice and key board for many years, both privately and for the Monterey schools. He was greatly admired for his teaching ability, knowlege and enthusiasm. He also became skilled at repairing and refurbishing guitars. There is a video on youtube of him speaking to a group at the Carmel Valley library about guitar history and guitar construction. Steve also worked as a self-employed landscape gardener after studying horiculture at Monterey Pennisula College. He served clientele from Carmel to Big Sur maintaining many beautiful landscapes on a regular basis. Steve loved the natural beauty of the Carmel River area and felt blessed with the ability to maintain a home with acreage in that area. One of Steve’s friends stated he performed all work with great care and love, and if you were lucky enough to know him, “you always walked away with more than you expected, he gave you a piece of his soul.” Steve is survived by his life partner, Laurie Waldman of Santa Cruz, his step-mother Nancy Fox of Oregon, a half-sister and a half-brother and cousins. He was preceeded in death by his father Jack Fox, birth mother Barbara Fox and his grandmother Mayfield Fox. A celebration of Steve’s life on Zoom is being planned. Donations in his memory may go to the SPCA of Monterey County or a charity of your choice.

To send flowers to the family or plant a tree in memory of Stephen Fox, please visit Tribute Store

Share Your Memory of
Stephen
Upload Your Memory View All Memories
Be the first to upload a memory!
Share A Memory
Send Flowers
Plant a Tree