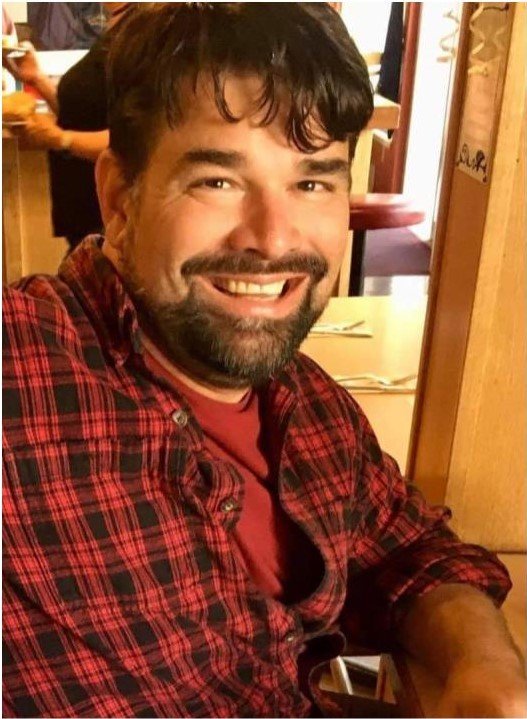 David William Vieregge of Marina died unexpectedly at the age of 46.

Dave was born on December 19th, 1973 in Chester Illinois to William and Norma Vieregge. He enlisted in the Illinois National Guard in 1991, then in 1994 he transferred into regular Army and proudly served until 1998. In 1996, while stationed in Fort Hood Texas, Dave met his future wife Kim and two years later, the two married. After an honorable discharge from the Army, he left Texas to return to Illinois. He attended John A. Logan college and helped countless veterans navigate the college system as a Veteran Affairs assistant coordinator. He graduated from Southern Illinois University in 2005 with a degree in Software Engineering. After moving to California in 2006, Dave began working for Pacific Metrics as a Senior Software Engineer. Dave’s professional growth advanced him to Director of System Engineering at ZMOT in 2015.

Over the years, Dave and Kim raised two sons in their home. Dave, his wife Kim, and their sons valued spending quality time together and found great gratification in traveling together on many family vacations. His children remember him as very driven in both personal and professional life, exhibiting strong work ethic and simply being devoted as a loving father and husband who encouraged his boys to pursue their goals and persevere.

To this day, his boys reminisce and embrace heartfelt memories of travel, sharing hobbies, tickling, napping, wrestling, ATV adventures and just Dave’s loving affection towards them. Dave was passionate with his hobbies of both video games and Transformers, which his boys would later adopt, deepening their already strong bond.

Dave was loved by so many with his infectious smile and a larger than life presence that seemingly lifted those around him. He was a rock and always dependable for his family and friends alike. Although his passing is early, he filled his family, as well as his friends, with a lifetime of incredible memories.

Dave is survived by his mother Norma Vieregge, sisters Kathy Vieregge and Suzanne Hughes, wife Kim Vieregge, sons Cyle Malcolm and Nathan Vieregge and his furry companions Oden and Callie. He is preceded in death by his father William “Bill” Vieregge.

Dave had a passion for animals and great respect for veterans, so to honor that passion, any contributions can be made to the Veteran’s Transition Center and specifically to the Veterinary Care Program.

Here is a link for gofundme if you would like to gift a donation; gf.me/u/y2xhff

To send flowers to the family or plant a tree in memory of David Vieregge, please visit Tribute Store
Monday
28
September

Share Your Memory of
David
Upload Your Memory View All Memories
Be the first to upload a memory!
Share A Memory
Send Flowers