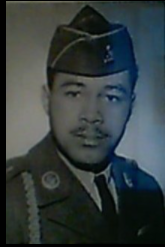 Born Jumel William Wesley on 31 December 1928 to the late Arthur & Virginia Wesley of Bayou Goula, Louisiana, He was one of 7 children.

Jumel served in the United States Army for 24 years during which time he met and married Gerda Bucholtz while stationed in Germany in 1960. Three children became of their union: Detlef Wesley of Alaska, Patricia Charles, and Mercedes Wesley of Texas. Once Jumel homebased in Seaside, California, he retired from the US Army and became employed with the Defense Language Institute at The Presidio of Monterey where he retired after 21 years of service.

Jumel enjoyed time with his family and friends, engaging in card games, cruising, and bowling. He bowled on numerous leagues on the former Fort Ord Military Installation as well as Lincoln Lanes in Monterey. Jumel was also an avid pool player, carpenter, and DIY project kind of person. He even dabbled in the garden and had an ongoing tomato competition with his late neighbor Mr. Burnett. Before the world thought of Granny Pods, Jumel had one built for his mother-in-

law Margarete Pallak, in the back yard of their first house on Military Ave. in Seaside.

Jumel was predeceased in death by his Father, Arthur Wesley, his Mother Virginia Wesley, his wife Gerda Wesley, his grandson Christopher Wesley and all of his siblings; Arthur Wesley, Olevia Saylor, Susan Wesley, Annie Mary Marshall, Alma Young and Lawrence Wesley all of Bayou Goula, Louisiana.

Jumel was a man who lived his life with honor, integrity, and grace. He loved his family near and far and friends alike. He will be greatly missed by many.

May his legacy live on #WesleyStrong

To send flowers to the family or plant a tree in memory of Jumel Wesley, please visit Tribute Store

Share Your Memory of
Jumel
Upload Your Memory View All Memories
Be the first to upload a memory!
Share A Memory
Send Flowers
Plant a Tree