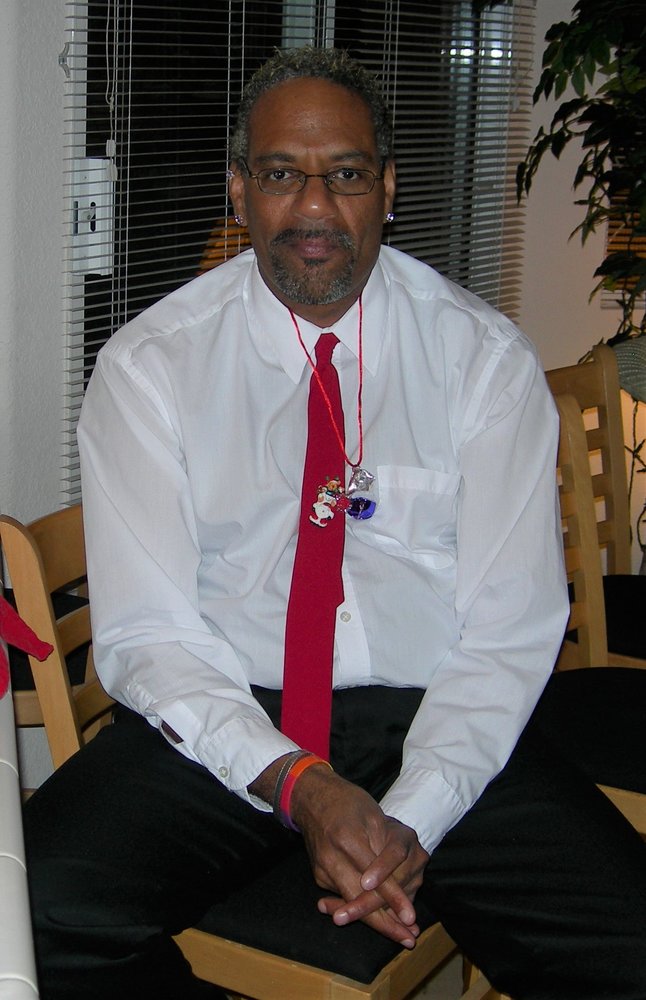 The sudden passing of Kelvin has stunned us all. In what seems like the blink of an eye, God called home one of his sweetest angels on earth. As we try to process what is the unfathomable to us and ask for grace to accept God’s will, we are touched by the outpouring of love from so many who are sharing our loss and expressing their reflections of the gentle soul, who was our brother,Cornelius Kelvin Wright.

Kelvin was the youngest of six children born to SFC. Clarence “Jack” Wright Jr. and Elizabeth Hill Wright. As such, he was the “baby” of the family, exceptionally loved and cherished by his siblings, Gwendolen, Theresa, Charles, Carla, and Mallory. That combined with the uniqueness of his being born in a foreign country made him special to us.

Cornelius Kelvin Wright was born on August 21, 1963 in Munich, Germany, which made him a dual citizen of the United States and Germany. During his lifetime, he lived in Germany, Colorado, and California. No matter, where he lived, it was obvious that he arrived on this earth with music and dance being engrained in his soul. At every stage of his life, Kelvin could be found performing on stage; be it a stage for dance, theatrical performances, or a gymnastics studio. His stages included those in elementary, middle, and high school, as well as those at Monterey Peninsula College and Carmel’s Theater in the Forest.

Kelvin attended school at Marshall Elementary School and Fitch Middle located on the former Fort Ord. He is a graduate of Seaside High School and attended Monterey Peninsula College.  While studying there, he realized that College was not the course for him. Rather, he embraced his love for cooking, more specifically for baking, so the course change was to attend the Culinary Academy of San Francisco. Which is why so many have had the pleasure of enjoying the cakes, cookies, and cupcakes that he baked. He enjoyed baking at the drop of a hat, and especially for special occasions and holidays.

Like most people, Kelvin faced challenges during his lifetime. With God’s grace and mercy, he met those challenges and overcame them. He overcame an addiction, life-threatening medical conditions and not once during all of that, did he lose hope or his joy. His journey was a powerful testament not about survival, but about triumph over adversity.

Kelvin is preceded in death by his parents, Clarence “Jack” Wright Jr., and Elizabeth H. Wright. The three of them will be reunited today when Kelvin’s urn is placed in their grave. He is survived by his siblings, Gwendolen Wright, Theresa Wright, Carla Diane Wright, Charles Drable Wright (Dana), Mallory Paul Wright (Nelly) and his nieces and nephews, Amelia Elizabeth Hill, Natalie Nicole Wright, Gregg McElhinney Wright, Natasha Janel Wright and Cameron McElhinney Wright. He is also survived by his aunt, Nancy Hill, and a multitude of cousins in Georgia.

To send flowers to the family or plant a tree in memory of Cornelius Wright, please visit Tribute Store
Tuesday
28
July

Share Your Memory of
Cornelius
Upload Your Memory View All Memories
Be the first to upload a memory!
Share A Memory
Send Flowers
Plant a Tree