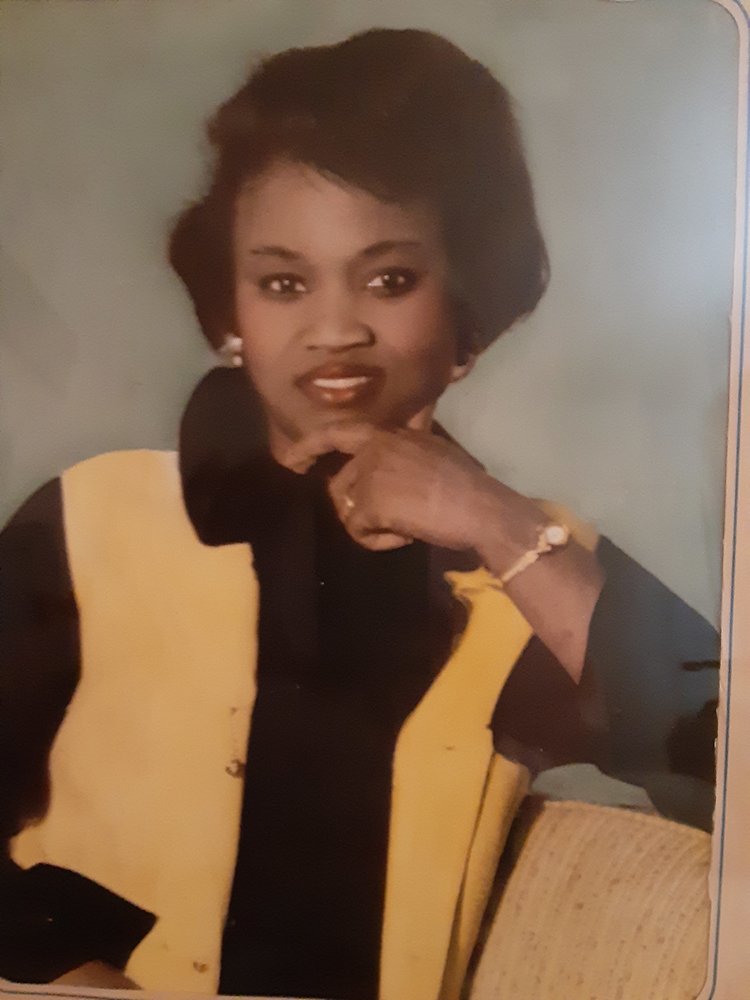 Ella Louise Garnett died peacefully May 26, 2020, at her home of 50 years, with family members by her side.  A 55-year Monterey Peninsula resident, she was born September 3, 1930 in Oakland, Florida, to Rosevelt and Clara Mitchell.

Ella married Lloyd “Nel” Garnett on November 17, 1949 in Fort Worth, Texas  They had seven sons.  With Nel being in the military, Ella lived in Marysville, CA; Fort Ord, CA; Philadelphia PA; Ft. Worth, TX; Bad Kreuznach, Germany, just to name a few, before settling in Seaside, CA.

Although her name was Ella, there were those that entered her home that quickly knew her as Mama. Mama is what her grandchildren called her, but she told many first meeting her that they could call her Mama, too.

The casinos were one of Ella’s “happy places”.  She would talk about how her eyes would light up when she would hear the slot machines.  And, bingo was another one of her favorites.  Oftentimes, when she was going to her weekly bingo night, snacks in hand, she would say she was “going to work”, then laugh.

Ella took pleasure in baking.  There was rarely a time when her kitchen would not have cookies, a cake, a pie, bread pudding, or combination of them all. She would say that it brought her great joy to see people sit around and eat what she made.  From grits, eggs, hot links, and biscuits, to desserts like pound cake, spice cake, peach cobbler, sugar cookies, or banana pudding; no matter what time of day a person would stop by, food would be offered  During family gatherings, she was known to make an overabundance of food, as she always wanted to make sure there was enough.

Ella reveled in having her house full of people, especially family.  It warmed her heart when everyone’s voices filled the room, jokes were made, and card games were played late into the night.  She had a story to tell about each person in front of her.  One could tell that those memories were precious to her, because she always told them with a smile and a laugh.

Growing up in Florida’s heat, she preferred the Peninsula’s cooler temperature.  Ella liked flowers, her favorite color was green, she enjoyed the musician Sam Cooke, kept her nails painted, and loved Pepsi.  Ella was sentimental about keepsakes; known to save every picture drawn, card given, and photograph taken.

Ella is survived by her sons; Ronald (Joyce), Byran Rene’ (Cecelia), Reginald, Michael (Robin), Wayne (Annette) and Raymond. Her grandchildren; Mikka, Jodice, Joleen, Lynette, Anthony, Myleka, Raushan, Tanei, Jordan, Jelahny, Aine’ and Rene’.  Her sister, Lula Gaines and nieces and nephews, as well as a host of great nephews, great nieces, and cousins.  She was preceded in death by her husband Lloyd Garnett in 1991.  Her son, Kelvin Garnett, also predeceased her, in 2019.

In-lieu of flowers, donations to Community Hospital’s Hospice of the Central Coast in memory of Ella Garnett, is suggested.

To send flowers to the family or plant a tree in memory of Ella Garnett, please visit Tribute Store
Tuesday
2
June

Share Your Memory of
Ella
Upload Your Memory View All Memories
Be the first to upload a memory!
Share A Memory
Send Flowers
Plant a Tree