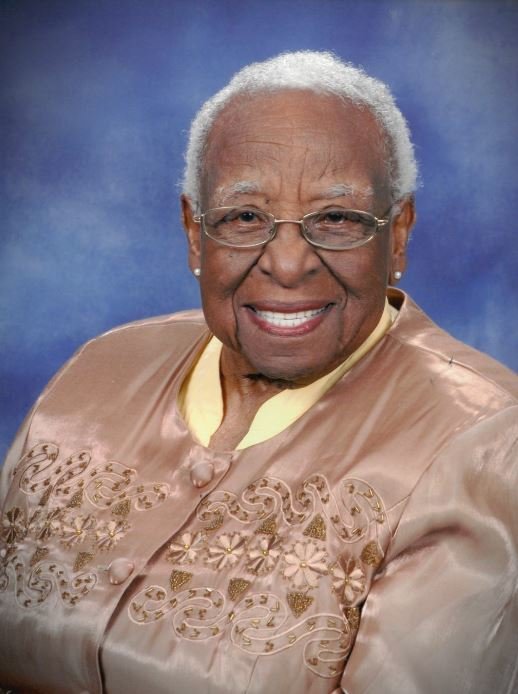 The family of Odessa Coleman shares the loss of its Matriarch. Odessa was blessed by God for 102 years. She was called home to be with her Lord and Savior Jesus Christ on May 23, 2020 with her son Ernest by her side. She was born in Marlin, Texas on April 3, 1918 to Henry Miles and Rosia Stewart. She graduated from high school in McKinney, Texas, and later moved to Phoenix, Arizona and then to Pacific Grove, California before making Seaside, California her home. She resided on the Monterey Peninsula for over 70 years. She was adored and beloved by all who knew her.

Odessa joined Hayes Chapel in Seaside and then moved her membership to New Hope Baptist Church in Seaside in 1979. She served on the Nurses’ Guild for many years and was also on the ‘We Care’ Committee where she called and checked on the senior citizens of the church. She was the church’s oldest member and was respectfully known as “Mother Coleman”. Mother Coleman was also in good standing as a member of the local Eastern Star Chapter.

Mother Coleman will be missed for her loving, supporting, caring ways and captivating smile. She was an avid player of cards games, bingo and could compete with the best in a game of dominoes. She loved going to the movies with her friends & family. She looked forward to the annual 17 Mile Drive she took after her birthday brunch celebration with family at Scales Restaurant on Fisherman’s Wharf. Working on her puzzles while gazing out her front window, she was as dependable as the daily five o’clock whistle that the Seaside Fire Department used to ring. She worked at the Cannery and then later worked for various families in Monterey County including the Powell family.

She married Rayfield Coleman in 1951 and remained faithfully committed to him. Odessa was preceded in death by her husband, her parents, her step-father Hiram Taylor, her sister Willie Mae Hall, and two brothers Edward James Taylor and Clarence James Taylor.

She is survived by her son Ernest H. Millegan of Seaside, CA; her sister Paula London of Los Angeles, CA; three sisters-in-law, Betty Taylor of Compton, CA, Jessie Mae Taylor of Los Angeles, CA, and Arlene Love of Seaside, CA; three grandsons, Michael Millegan of Kirkland, WA, Marquis Millegan of Irving, TX, and Rayfield Coleman of Oakland, CA; one granddaughter, Naja Coleman of Oakland, CA and two great-granddaughters, Whitney Millegan of Atlanta, GA and Ahjahna Coleman of Seaside, CA. There are numerous nieces, nephews, relatives and friends that she treated as if they were her own. Odessa invited many into her home and cared for them. Also, she had a fondness for babies.

To send flowers to the family or plant a tree in memory of Odessa Coleman, please visit Tribute Store