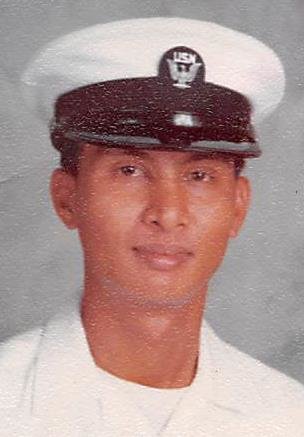 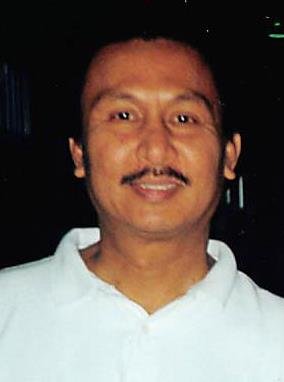 Rodrigo Mejia Calimlim aka Reggie from Seaside, California passed away unexpectedly on November 23, 2019 at the age of 65. He was born on August 27, 1954 in Maniboc, Lingayen, Pangasinan, Philippines to his parents Inancio and Conchita Calimlim. He was the eldest of his five siblings.

Rodrigo joined the U.S. Navy as a petty officer in his young adulthood. He traveled the world by sea and received many achievement medals, such as Armed Forces Expedition, Kuwait Liberation, Navy Expedition, Southwest Asia Service, Humanitarian Service, Navy Unit Commendation, and National Defense medals. He spent 18 years in the U.S. Navy and retired at the age of 40.  After Retiring from the U.S. Navy, Rodrigo began working for Safeway in Carmel Valley, California where he served as a devout employee for 22 years.

Rodrigo enjoyed running, watching the news, watching TFC, and playing the slot machines. But the one thing he loved, was spending time with family, especially his pride and joy, his grandchildren. He was also known for his kindness and generosity. There was never a day of anger. He was a man of forgiveness and full of love. A man of faith in our Lord, Jesus Christ standing strong on Mathew 19:26, “But Jesus beheld them, and said unto them, with men this is impossible; but with God all things are possible”.

Rodrigo is survived by his wife, Virginia aka Jean. His three children, Roy, Rex, and Rachelle Thomas (Michael). His grandchildren Mikey Jr. and Mya. His Stepmother Imelda and his siblings, Roland Raymond (chette), Ricky aka Bong (Myla) Sharon, and Kim. He also had many nephews and nieces.

In lieu of flowers, our family would be grateful if you would make a donation to help with a final memorial service in the Philippines where our Father will be laid to rest. Thank you

To send flowers to the family or plant a tree in memory of Rodrigo Calimlim, please visit Tribute Store
Thursday
5
December