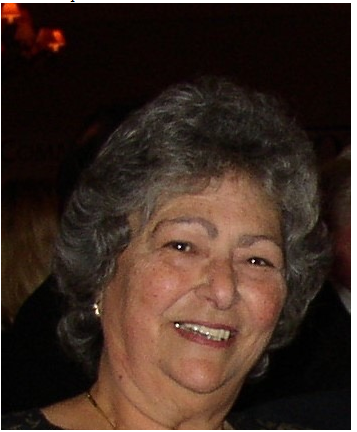 Obituary of Theresa A. Canepa

Theresa Canepa, a nearly lifelong resident of Monterey, died on July 5th, 2019 at the age of 83.  She passed peacefully after battling heart issues for the past several months.

Theresa was born on April 1, 1936 in San Pedro, CA to Salvatore and Anna Giobbe, but moved to Monterey as a young girl. She graduated from Monterey High School in 1953 and married her high school sweetheart “Louie” in June of 1960. Theresa worked for John Handcock Insurance before focusing on raising a family. She spent most of her motherhood years working for the Monterey Peninsula Unified School District as an administrator for the Adult School program, all the while teaching her children the values of ‘family first’, hard work, and where possible, giving back to your community. This set her up for the next chapter of her life and what would be her most important contribution to the city she loved.  She became a member of the Monterey City Council in 1983 and served proudly for over 20 years.

Theresa loved to cook and bake. She was never happier than when someone stopped by the house to have one of her famous cookies and a few cups of coffee while talking about family, life and “the good old days”. If you were there long enough, she’d offer to “take a pizza out of the freezer” or whip up a meal. And if you were smart enough to say yes, you’d be in awe that she could produce something so delicious, so quickly. She had a passion for knitting and crocheting. Many people reading this may own one of her blankets, scarves, hats, socks, or kitchen items. Making things for people was her true joy, and a labor of love.  She will be truly missed by her family and her extended family whose lives she touched during her incredible life.

The family appreciates your thoughts and well wishes.  In lieu of flowers, we suggest making a donation to the charity of your choice in Theresa’s name.

Share Your Memory of
Theresa
Upload Your Memory View All Memories
Be the first to upload a memory!
Share A Memory
Send Flowers