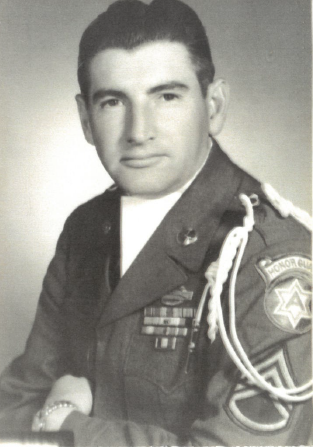 John Neil passed away after a brief illness at the age of 92 and will be greatly missed by his family and friends.  He was born in Galvin, Washington and moved to Paso Robles, California when he was very young.  He graduated from Paso Robles High School in Paso Robles, California in June 1944 and joined the U.S. Army three months later.  His military service took him around the world to duty stations in Japan, Austria, Germany and various posts in the United States.  He served during the Korean War and Cuban Missile Crisis.  He was extremely proud to have served his country especially as a member of the 6th U.S. Army Honor Guard at the Presidio of San Francisco.

It was at the Presidio of San Francisco where he met the love of his life, Alice, who was also stationed there as a WAC in the Women’s Army Corps.  They were married in 1958 and after moves to Germany, Ft. Ord, California and Ft. Riley, Kansas,  John retired from the Army in 1965 after more than twenty years of active duty service to Marina, California.  In 1968 John became an employee of the Public Works Department at the Naval Postgraduate School in Monterey, California where he worked for twenty years until his retirement in 1988.

John enjoyed spending time with his family, making and painting many wonderful projects out of wood that he loved to share with family and friends and gardening.

Private burial with Honor Guard Ceremony will be held on March 1, 2019 at Mission Memorial Park in Seaside, California.  In lieu of flowers contributions can be made in his memory to the Central Coast Veterans Cemetery Foundation, 220 Twelfth Street, P.O. Box 849, Marina, California 93933  (831)218-1780 ccvcf.org