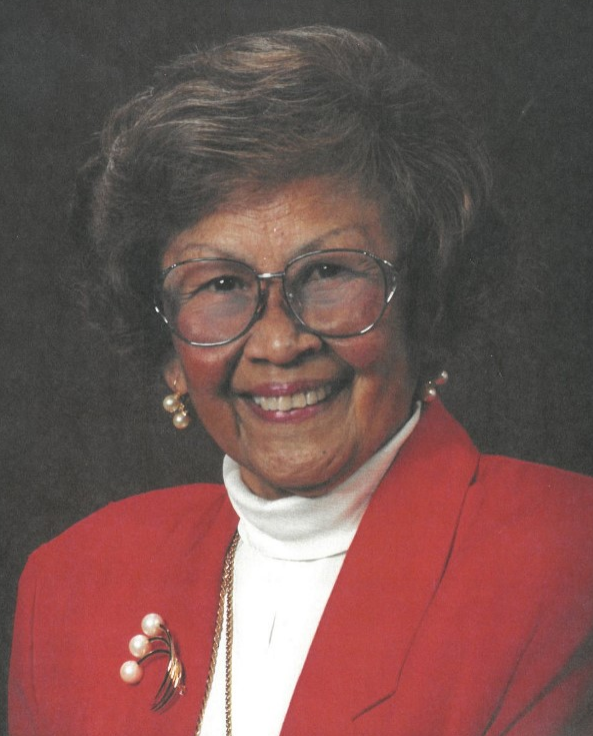 Was born on September 20, 1926 and fell asleep in death on January 8, 2019. Her husband Milarm Arnold, Sr. and daughter Ruby Lee Niblett preceded her in death. She is survived by her son, Milarm Arnold, Jr. and Phillips Bernardo Arnold and numerous grand children and great grand children.
Mrs. Arnold was born in the Phillipines as Eleuteria to Bernardo and Veronica Lluvisio where her husband Milarm met her in 1948. She would later nick name him "Mike" and so whenever he heard that name, he knew she was talking to him. Toring never took off her wedding band even after her husband passed away. She loved him
"forever''. She also had nicknames and was called "Tea or Toring". Tea stood for Toring Eleuteria Arnold. Yet most of her friends would just call her Toring.
Toring was a beautician for nearly 50 years and beautified numerous women who blamed her for how they look, which was obviously
"beautiful". Later in life she volunteered to drive a bus from Fort Ord to Palo Alto helping those that needed a ride to get to their appointments at VA Hospital Palo Alto. Another one of her accomplishments was graduating from Monterey Peninsula College and singing in the Choir at her favorite church where she also had a beautiful "small garden" outside her church, that she would take care of for many years.

She was dearly loved by "all her grandchildren" and numerous friends. She was loved by her daughter-in-law Mary Arnold who helped her numerous times and various special ways and her other daughter-in­law, Elena Arnold, who for the last 4 and half years cared for her in various ways as well but then in her final days comforted her mother­in-law by making her laugh, making mom know that she was loved and that she was "special". She was "safe" .. And even though mom was not eating in the last days of her life, Elena manage to make mom eat a few things that nobody else was able to do showing that both of them had bonded in a very special way. Mom would open her mouth "wide".
Toring was also loved by her nieces and nephews in Georgia where one of her nieces said that they would "line up" to get their hugs. She is affectionately called "Aunt Toring" there in Georgia to this very day.
There will be a "viewing" for Toring on Friday, January 18th  from 3:00PM-7:00 PM where all who knew her can say their "good-byes" to a wonderful wife, mother, mother-in-law, grandmother, Aunt and many very special friends.
Mission Memorial Park
1915 Ord Grove Avenue
Seaside, California