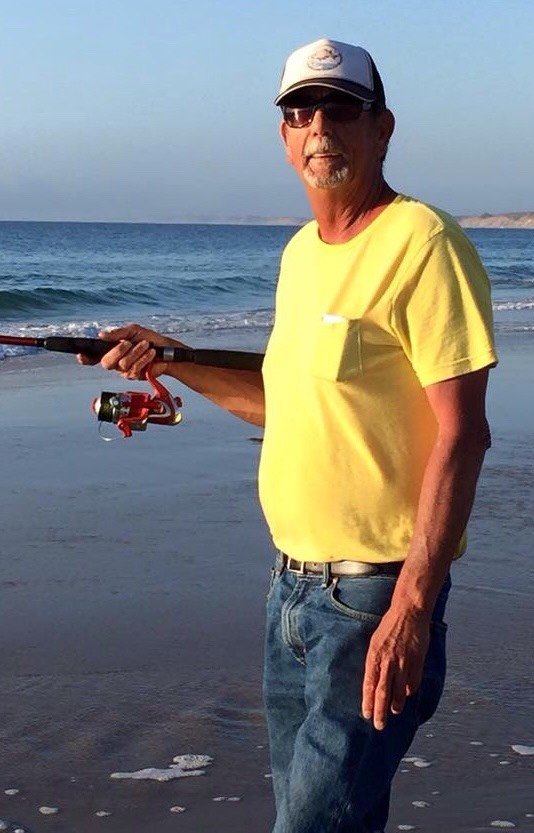 Passed away peacefully with his family by his side on February 11, 2019. God mercifully relieved him from his pain and took him home.

Larry was born in North Dakota on June 12, 1959 and grew up on the Monterey Peninsula. He attended Monterey High School and was well known on Fisherman's wharf, where he worked as a fisherman/deckhand for most of his life until the elements of being out at sea for so many years took a toll on his body. His customers would say he was the best fish filleter in town. So good that people would request him. He later had his own business doing gardening jobs and handy work. His own garden was beautiful. He cared deeply about keeping up his yard. He was a great son, brother, husband, father and friend and always went the extra mile for his family and friends. He was very proud of his front porch because you could watch the sunrise and you had the best view of the Seaside fireworks show. He was a San Francisco Giants and 49ers fan, and loved dogs. Some of the things he liked to do was go fishing, cooking for others, bar-b-q' ing, watching the sunrise, driving around Asilomar, feeding the humming birds, Chukchanci and playing sudoku and other computer games.

Larry had a huge heart and enjoyed helping others. He was soft in the middle and rough around the edges. He was loved by all and well respected. He will be missed tremendously.

He is survived by his mother Janice SchU1nacher, brothers David (Elaine) and Ron, aunts Candy Pearson, Sally Niessen and Kay Leisz, step- daughters Shyla Lucas and Darla Sizemore, step-grandchildren Josh, Nathan, Ian and Kane, and numerous nephews, nieces, cousins, in-laws and friends. He was preceded in death by his Father Larry Sr, a brother Jerry and his wife Rosalie.

To send flowers to the family or plant a tree in memory of Larry Schumacher, please visit Tribute Store
Print
Share A Memory
Send Flowers