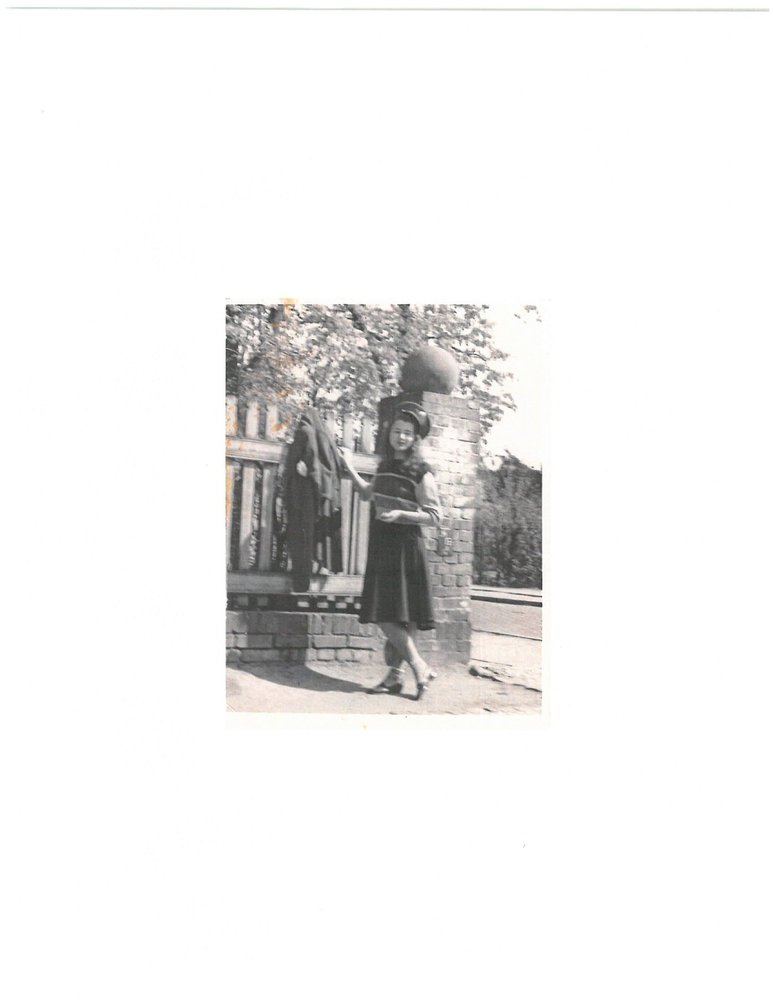 Charlotte Meyer Torres was born February 1, 1930 in Berlin Germnay. From the very beginning she had a horrific childhood and teenage years. It was during this time the Nazi Party came to power in Germany and she happened to be half Jewish. Her father had been taken away and killed during the Holocaust in Aushwitz, forced to wear a yellow six pointed star she was ridiculed and intimidated at school.

War broke out and most of her time was spent trying to survive the allied carpet bombing of Berlin. Seeking refuge in basements and existing on very little food.

Her mother made the decision to try and escape the city and ride out the war on a farm belonging to a relative. Here they found safety from the Nazi's and the bombing of Berlin, but safety was short lived.

Coming from the Eastern front, the Russian invasion of Germany had begun. Unlike the Americans forces advancing from the west, the Russians were seeking revenge, this was being directed not only against the Nazi forces but the civilian population as well. Pay back for German aggression beginning with Stalingrad. Forced to hide in hay stacks from the Russians she once again managed to survive.

Returning to Berlin Charlotte described scenes of the entire city of Berlin in flames and also most of the countryside, as surreal as things appeared and with the final skimishes being fought, here at last they would find refuge because the American forces were in control and had no grudges against the populance.

Charlotte met an American soldier when life was beggining to return to some semblance of normality. She got married and they both moved to Monterey Peninsula to start a new life. Things worked out wonderfully. Charlotte's top priority was to learn English, drive a car and raise a beautiful family of four children. She fell in love with Monterey and became a lifelong Christian and member of the San Carlos Church in Monterey.

From life that began with hardship, danger and uncertainty, things in her new life worked out FANTASTICALY! It exceeded all here expectations gave her a well-deserved HAPPY ENDING.

SHE NEVER RETURNED TO BERLIN

To send flowers to the family or plant a tree in memory of Charlotte Torres, please visit Tribute Store
Print
Share A Memory
Send Flowers