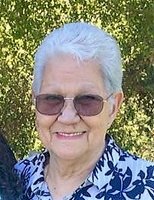 Margaret Baker, our Beloved Wife, Mother, and Tutu, passed away peacefully with her family by her side, on April 6th, 2021 in Monterey, CA.  She was 89 years old.

Margaret was born August 4th, 1931 in Honolulu, Hawaii. Her father, Peter Klein originated from Austria, and her mother, Esther Pouli Klein was born in Kanani O’ Kohala, Hawaii.  She was the 6th of 10 children. Margaret attended Palolo and Kaimuki Schools in her youth and shared many fond memories with us about growing up in Hawaii.

On November 21, 1950, Margaret married the love of her life, John Olino Baker at Kawaiahao Church in Honolulu, Hawaii. As newlyweds, John was stationed at Schofield Barracks, Hawaii.  Their first 3 children; Margaret, John Jr, and Esther “Snooky” were all born at Tripler Hospital in Honolulu, Hawaii. In 1956, her husband's military career then took them to Fort Lewis, Washington, where their 4th child Thelma “Tammy” was born. John was then stationed in Fort Ord, California in 1959. They fell in love with the Monterey Peninsula and decided to call it their forever home and raise their 4 children here. In 1967, they moved to Marina, California and were proud and active members in their community.

Margaret was employed by the Department of the Army Billeting Branch. She worked at the Base Officers Quarters at Fort Ord, California. She retired in 1991 after a dedicated 30 year career. Throughout her career, Margaret met many people and made lifelong friendships with her colleagues.

Her proudest accomplishment was her family. Being a loving Wife, Mother, and Tutu brought her so much joy. She was a very kind and giving person who always put her family first. Margaret enjoyed over 30 years of retirement, making lasting memories with her family and friends.  She loved traveling home to Hawaii many times over the years and never lost her connection to her family, nor her Hawaiian pidgin accent. We loved hearing her talk as it was uniquely her. She enjoyed surf fishing with her husband up and down the beautiful coastline of the Monterey Peninsula. She loved attending Hawaiian Festivals and being surrounded by Aloha and Ono Grinds. She always looked forward to supporting her great grandchildren's game days and traveling for their volleyball and softball tournaments. Many of those sporting events allowed her to enjoy one of her favorite pastimes of visiting Casinos to try her luck for a few hours at the slot machines. She was always a winner. She also enjoyed hosting holidays, gardening, crocheting, and playing bingo. Margaret was also a member of Hui O’ Aloha, the American Legion Ladies Auxiliary, and the Old Soldiers of Hawaii.